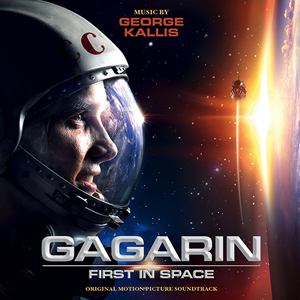 
Portraying the legendary Yuri Gagarin, the Russian cosmonaut hero who was the first man in space and won the space race against USA, Russian theatrical feature film Gagarin: First in Space features an impressive score by up and coming composer George Kallis (Highlander: The Source) written for orchestra, choir and electronics.

It’s a classic film score in terms of scope and thematic richness, and one that offers a vast emotional landscape ranging from the epic and grand to the intimate and reflective. Standout dramatic cues such as “The Launch of Vostok” and “Orange Parachute” are contrasted by pieces that reflect the awe and wonder of space, and others that underscores the background family story of Gagarin. This is without doubt one of this year’s most impressive non-Hollywood orchestral scores!