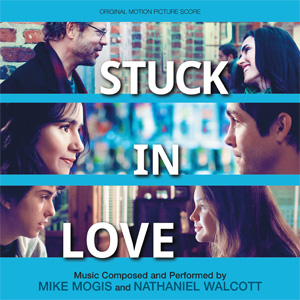 
Three years past his divorce, veteran novelist Bill Borgens (Academy Award nominee Greg Kinnear) can’t stop obsessing over, let alone spying on, his ex-wife Erica (Academy Award winner Jennifer Connelly), who ignominiously left him for another man. Even as his neighbor-with-benefits, Tricia (Kristen Bell, Veronica Mars, House of Lies), tries to push him back into the dating pool, he remains blind to anyone else¹s charms. Meanwhile, his fiercely independent collegiate daughter Samantha (Lily Collins, Mirror Mirror) is publishing her first novel while recoiling at the very thought of first love with a diehard romantic (Logan Lerman, The Perks Of Being A Wallflower); and his teen son Rusty (Nat Wolff, The Naked Brothers Band, Peace, Love And Misunderstanding) is trying to find his voice, both as a fantasy writer and as the unexpected boyfriend of a dream girl with unsettlingly real problems. As each of these situations mounts into a tangled trio of romantic holiday crises, it brings the Borgens to surprising revelations about how endings become beginnings.

I got confused on this release as I thought I got the score to this film, but that was the album with songs [READ HERE].. I just found this quirky score to this too. So my review was positive, yet a little short on them teasing our ears...
-Jeremy [Retro-Z]
Hosted by Unknown at 12:00 AM