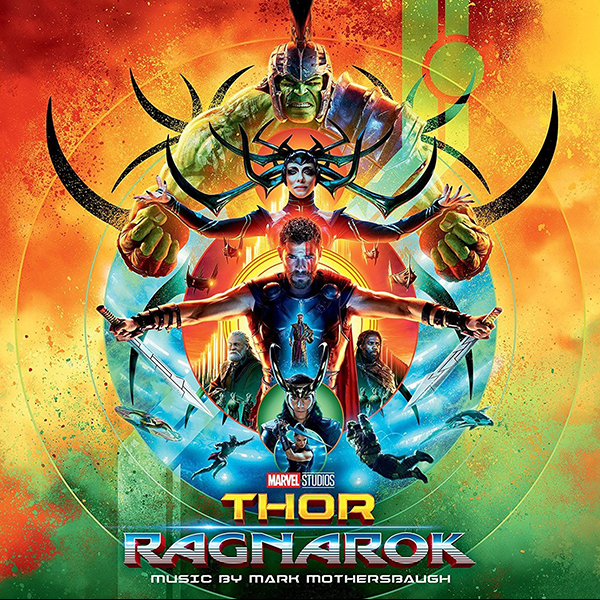 Marvel Music/Hollywood Records are releasing the digital version of the “Thor: Ragnarok” score album by composer Mark Mothersbaugh, October 20, 2017.  The physical CD soundtrack will be available on November 10.   “Thor: Ragnarok” is directed by Taika Waititi (“Hunt for the Wilderpeople,” “What We Do in the Shadows”) and returns Chris Hemsworth starring as Thor and Tom Hiddleston reprising his role as Loki.   Marvel Studios’ “Thor: Ragnarok” opens in U.S. theaters on November 3, 2017.

Mothersbaugh said, “I was aware of Taika's work before I got the call from Marvel, and was excited about the chance to collaborate.  He's a true artist, and I think he brings a lot to the Marvel franchise.  We both share an interest in retro synths and I was delighted to dust off a few vintage keyboards from the DEVO days to mix in with the Abbey Road 100-piece orchestra to create our own take on the sound of Marvel.  I hope we get to do it again.”

In Marvel Studios’ “Thor: Ragnarok,” Thor is imprisoned on the other side of the universe without his mighty hammer and finds himself in a race against time to get back to Asgard to stop Ragnarok—the destruction of his homeworld and the end of Asgardian civilization—at the hands of an all-powerful new threat, the ruthless Hela. But first he must survive a deadly gladiatorial contest that pits him against his former ally and fellow Avenger—the Incredible Hulk!

“Thor: Ragnarok” is directed by Taika Waititi and returns Chris Hemsworth starring as Thor and Tom Hiddleston reprising his role as Loki. They are joined by Cate Blanchett, Idris Elba, Jeff Goldblum, Tessa Thompson and Karl Urban, with Mark Ruffalo and Anthony Hopkins.