Varese Sarabande: "ONLY THE BRAVE" By Joseph Trapanese 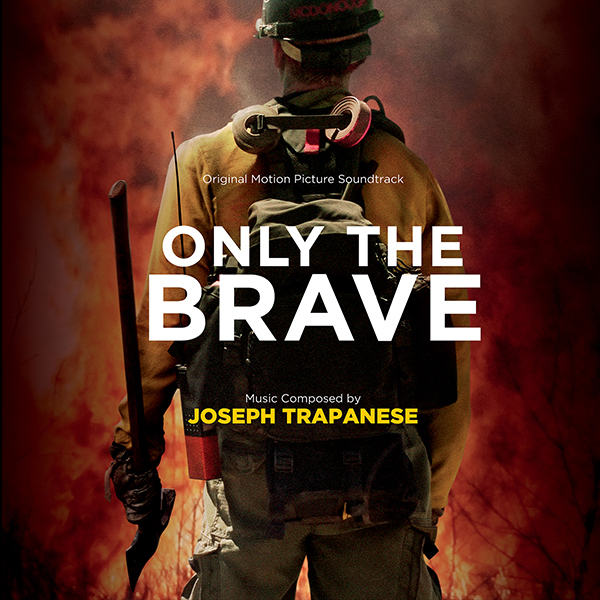 Varèse Sarabande will release the ONLY THE BRAVE – Original Motion Picture Soundtrack digitally on October 20 and on CD on November 17, 2017. The album features the original music composed by Joseph Trapanese (STRAIGHT OUTTA COMPTON, OBLIVION).

“After two films and unique scores together, Joseph Kosinski and I knew we wanted to create something special for our third film,” said Trapanese. “When I started writing, I knew I wanted the music to feel incredible human and vulnerable.”

It's not what stands in front of you… it's who stands beside you. Only the Brave, based on the true story of the Granite Mountain Hotshots, is the heroic story of one unit of local firefighters that through hope, determination, sacrifice, and the drive to protect families, communities, and our country become one of the most elite firefighting teams in the nation. As most of us run from danger, they run toward it - they watch over our lives, our homes, everything we hold dear, as they forge a unique brotherhood that comes into focus with one fateful fire.

“I wanted the music to feel like you were in someone’s bedroom listening to them play for you, as if these characters were right next you telling their story,” Trapanese described.  “We made a deliberate choice to feature one theme, the Hotshot theme, that grows and changes alongside our characters throughout the film. Joe and I built something simple and direct, a theme that drives right into the heart of the audience and creates a direct emotional connection to our story.”

To achieve this, Trapanese began with organic instruments. “Because we didn’t use any synthesizers, I had to be incredible inventive with the recording and processing of acoustic instruments. I would often record at a higher sample rate so we could play back the audio one, two, sometimes even three octaves down, with minimal loss in fidelity. Also, a lot of the instruments were recorded with microphones placed far away from the musicians. I didn’t want to microscopically focus on the individual instruments; rather, I want the audience to feel as if there are in a sacred space with musicians telling them this beautiful, heartbreaking story.”