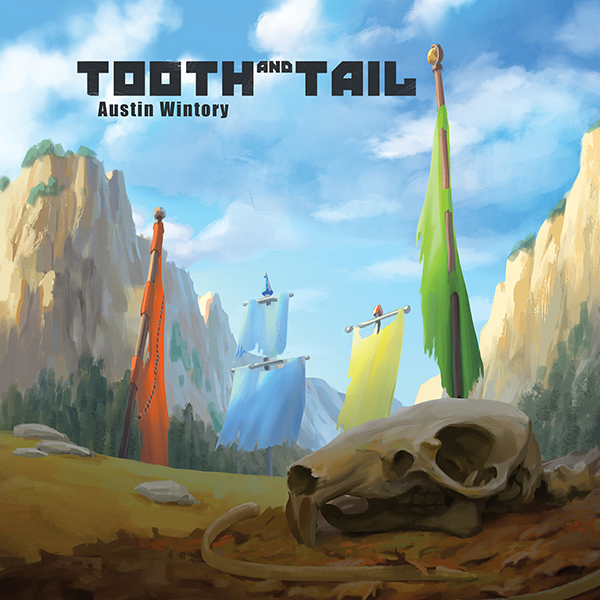 Lead the revolution with an army of flamethrowing Boars, mustard gas-lobbing Skunks, and paratrooper-puking Owls. From the designers of Monaco: What's Yours is Mine, Tooth and Tail is a Real-Time-Strategy game featuring Single Player, Online Competitive Play, Split Screen, Replays, and more. Build a base, lead your army, eat your enemies! The War for Meat -- The Longcoats, the Commonfolk, the KSR, and the Civilized are in the midst of a Civil War over who gets to eat, and who has to be the meat. A darkly humorous tale of riots and revolution is told through an extensive Single Player campaign. There is endless replay-ability with procedurally generated maps and customizable factions, no two conflicts will be the same, forcing players to strategize rather than memorize. Pick-up-and-Play -- With matches lasting from 5-12 minutes, split-screen couch play, and controls designed for controllers or keyboard/mouse, Tooth and Tail is a popcorn RTS for veterans and newcomers alike.

“Normally I’m not interested in writing music that has a sort of deliberate eclecticism, because I tend to heavily favor cohesion and economy,” said Wintory.  “Each faction became this sort of quasi-nationalistic sound; a brassy quasi-Bavarian waltz for the militaristic character, an orchestral Italian wedding tarantella for the aristocrats, a strange 'liturgical tango' for the Longcoats, and a semi-Bulgarian folk dance for the Commonfolk. I can honestly say I’ve never attempted a score quite like this.”

Grammy-nominated and two-time BAFTA-winning composer Austin Wintory’s diverse career has straddled the worlds of concert music, film, and video games. In 2012, Austin's soundtrack for the hit PlayStation3 game Journey became the first-ever Grammy-nominated videogame score, also winning two British Academy Awards, a DICE Award, a Spike TV VGA, and IGN’s “Overall Music of the Year,” along with five Game Audio Network Guild awards, and a host of others. Excerpts from the score have been performed all over the world since its release, including by such as ensembles as the National Symphony, San Francisco Symphony, Colorado Symphony, Melbourne Symphony, and Pacific Symphony.

Austin’s score for the earlier game flow made him the youngest composer ever to receive a British Academy Award nomination and also won him a wide variety of other game industry accolades, including the Game Audio Network Guild’s “Rookie of the Year.” An orchestral version of this music has been performed at the Smithsonian Museum as a part of their “Art of Games” exhibit; flOw is currently on display at MoMA in New York City. Since Journey's release Austin's subsequent scores to The Banner Saga, Assassin's Creed Syndicate and Abzu each earning BAFTA nominations, and numerous additional awards, including two wins of the peer-voted ASCAP "Video Game Score of the Year" and Game Audio Network Guild's "Music of the Year." He collaborates regularly with orchestras and chamber ensembles around the world, including recently embarking on a 3-year "Composer in Residence" partnership with the West Michigan and Mobile Symphonies, and has been regularly touring the chamber show "Journey LIVE" with the Chicago-based Fifth House Ensemble.