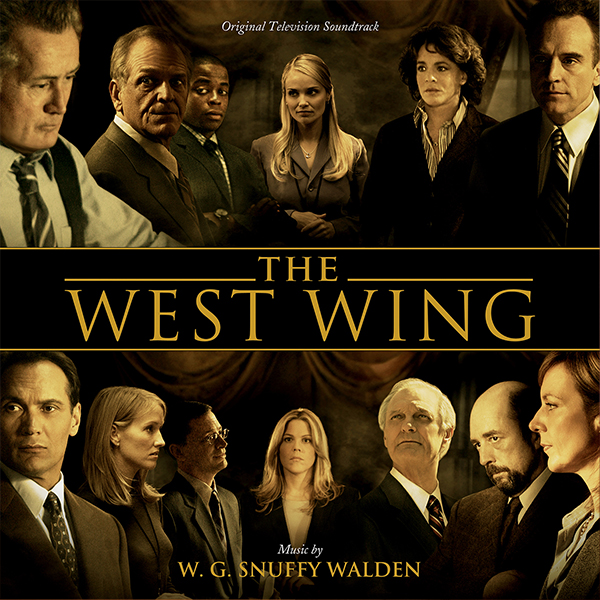 Varèse Sarabande wants fans to know that WE HEAR YOU with our latest CD release. The label continues its semi-monthly music series featuring limited edition CD releases of soundtracks that film music fans have been demanding.  Curated by fans, for fans, who have never given up hope for that special soundtrack…you asked for it and We Hear You!

The next release in the series will be THE WEST WING, a masterwork in composition from beloved composer W. G. Snuffy Walden (THIRTYSOMETHING, FRIDAY NIGHT LIGHTS, THE WONDER YEARS) – available directly from Varèse Sarabande on October 6, 2016.

“As I turned the pages of that first script, the rich characters and informative stories captivated me” said Walden in describing his first reaction to The West Wing. “I was convinced: this would be an opportunity that was very rare in network television. As the project got deeper into production, it became obvious that this was exceptional work and I was blessed to be a part of the experience.”

When the erudite Democrat Josiah "Jed" Bartlet is elected U.S. president, he installs his administration. He places confidants from his electoral campaigns in the White House. Each of these people play a significant role in the Washington power game: the Chief of Staff (Leo McGarry), his deputy (Josh Lyman), Communications Director (Toby Zeigler), deputy (Sam Seaborn, and later, Will Bailey), and press secretary (CJ Cregg). Also in key positions are the assistants of each of the power players. We follow these people through many political battles, as well as some personal ones. Also playing roles are the First Lady (Abigail Bartlet), the President's daughters (Elizabeth, Eleanor, and Zoey), and the personal aide to the President (Charlie Young). All make this series, which supposedly follows the political events (often paraphrasing historical reality) almost day by day, more than merely a political soap.

“With our schedule and its breakneck speed, we hardly had time to give a second thought to what we were creating, but I knew it was magical,” Walden explained.  “I wasn’t able to appreciate the artistry of the collective achievement in the moment, but I could feel its magnitude in the response from the devotees who watched it religiously every week!”

For seven years, Walden’s theme for The West Wing was as presidential as “Hail to the Chief.”  The theme became “a piece of music that everybody identified with,” Walden says.  “It was magical how people felt proud to be an American when they hear that music.  I don’t know how else to say it.  I’ve just been told over and over and over again through the years by people who’ve been so moved by that.”