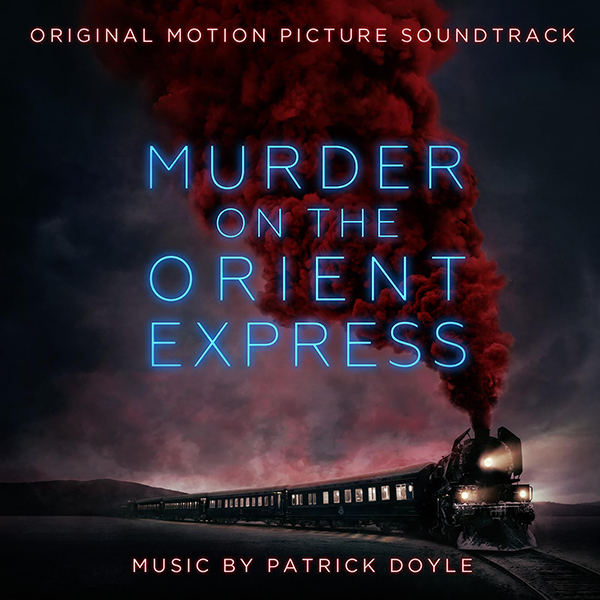 Sony Classical proudly announces the release of MURDER ON THE ORIENT EXPRESS (Original Motion Picture Soundtrack) with an original score by Academy Award®-nominated composer Patrick Doyle, including a song performed by Michelle Pfeiffer with lyrics by Kenneth Branagh. The soundtrack is available now digitally and on CD. The film will be released in the U.S. on November 10.

Patrick Doyle says about the score: “The outstanding performances in the film were inspiring in helping me compose its many motifs and themes. The song Ken and I wrote came much later in the process – it features the harmonies, thematic material and heart of the film – allowing it to grow organically out of the score at the end of the movie.”


Patrick Doyle is a classically trained composer of film, television, theatre and radio. He graduated from the Royal Scottish Academy of Music in 1975 and was made a Fellow of the Royal Scottish Academy of Music in 2001. Doyle has been commissioned to score over 50 international feature films, including Harry Potter and the Goblet of Fire, Gosford Park, Sense and Sensibility, Indochine, Carlitos Way and A Little Princess.

His work has led to collaborations with some of the most acclaimed directors in the world, such as Régis Wargnier, Brian De Palma, Alfonso Cuaròn, Ang Lee, Chen Kaige, Mike Newell and Robert Altman.

Doyle's creative relationship with director Kenneth Branagh spans 30 years and has resulted in many of Patrick’s best-known scores for films such as Henry V, Hamlet, Frankenstein, Thor and Murder on the Orient Express.

Doyle has received two Oscar®-, two Golden Globe®- and two Cesar® nominations, as well as winning the 1989 Ivor Novello Award® for Best Film Theme for Henry V. He has also been honored with a BAFTA Scotland Award for “Craft” and the ASCAP Henry Mancini Award.
Jeremy [Six Strings]
Hosted by Jeremy [Retro] at 1:17 PM

The music was excellent, as was everything else about the film.