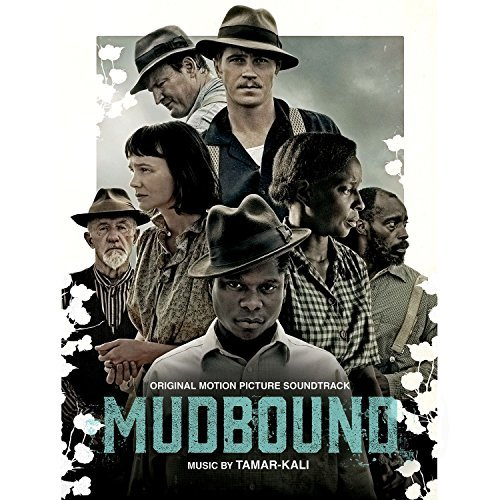 Milan Records will release the MUDBOUND - Original Motion Picture Soundtrack digitally on November 17th and on CD on December 1st.  The album features the movie’s original score by Tamar-kali and the original song “Mighty River” by Mary J. Blige. MUDBOUND, the Netflix Film, will be in select theaters and on Netflix November 17th.

"Everything from the strong performances of the actors and gorgeous cinematography inspired me. I imagined that I was creating a sonic painting to accompany the visuals as well as giving a voice to the human characters and the farm itself which was a character on its own,” says Tamar-kali of the score.

The director - Dee Rees – had this to say: “Ancestors. Dark strings. Those were the only three words I gave brilliant composer Tamar-kali, and she reached deeply into her musical lexicon and brought forth an interpretation, a winding and complex elaboration on the theme that I could never have described. Tamar-kali just knew--and that's why I wanted to work with her on the MUDBOUND score--Tamar knows how to find the voices. Violin arrangements that sound like wind moving through the trees. Viola triplets that sounds like hope fading. Contrabass rumbles that sound like the ground opening up, like mud grabbing our ankles, like angry ancient earth. Cello compositions that sound like time itself, marching onward, onward, onward...inevitable. My hope for this score is that it would sound like it bubbled up from the earth, that it was "in the trees", that it would simultaneously evoke the indifference of nature and the resilience of humanity--and somehow from three small words and with great deliberation, discovery, and intellect--Tamar-kali did just that. Tamar-kali made the rocks cry out.”

As a composer, Tamar-kali has defied boundaries to craft her own unique alternative sound. The aggressive, melodic, rock of her ‘5 piece’ outfit enchants you with its melody, while delivering a swift kick to the gut with its incisive emotional core. Her debut LP Black Bottom, challenged the alt-rock norm. The pieces she composes and arranges for her string sextet and voice project: Psychochamber Ensemble, marries the classical music of her Catholic upbringing with post-punk sensibilities.


The start of 2017 marked her debut as a film score composer. Her ‘expressive and varied score swells around dramatic widescreen views of the Mississippi delta’ [Variety], in Dee Rees’ MUDBOUND which premiered to rave reviews at the Sundance Film Festival. Her powerful vocals have been featured in the Rees' award-winning film PARIAH (2011, Focus Features) and in HBO’s biopic BESSIE (2015), starring Queen Latifah.

A larger audience initially caught a glimpse of her artistry in the documentary AfroPunk. Her incendiary performances and contribution to the film’s soundtrack introduced a generation to her unique story and undeniable talent. Tamar-kali speaks her lyrical truth with a supreme passion and a voice that will shake your foundation and shatter your expectations with its soulful intensity. Her eclectic sound and versatility has allowed her to perform on a variety of domestic and international stages with a diverse list of artists from Paramore, Vernon Reid, and Roger Waters to Vijay Iyer, Me’shell Ndegeocello and The Roots.
Jeremy [Six Strings]
Hosted by Jeremy [Retro] at 9:07 AM