Notefornote Music: "First To The Moon - The Journey Of Apollo 8" music by Alexander Bornstein 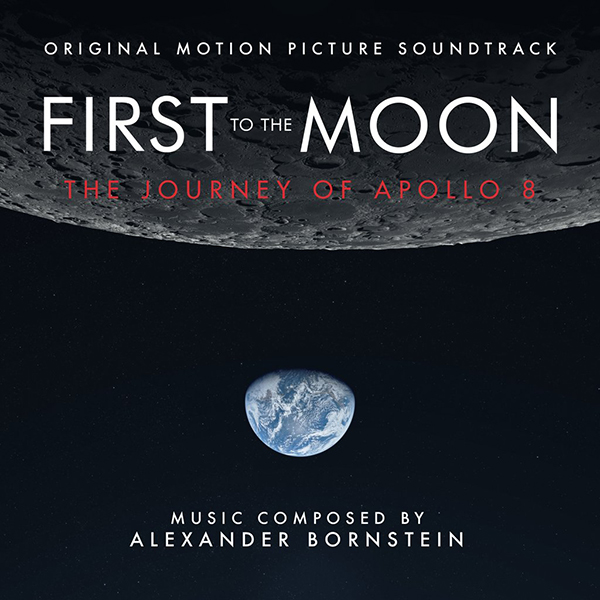 On December 21st 1968, the Apollo 8 spacecraft launched from Kennedy Space Center. It's crew, Commander Frank Borman, Lunar Module Pilot Bill Anders, and Command Module Pilot Jim Lovell. Their mission: Fly to the Moon, orbit it, take photos and collect data for an eventual landing, and return to the earth.

First to the Moon is a new documentary film that tells the amazing story of the Apollo 8 mission and the three men that crewed it. Through restored archival films from NASA, The National Archives, and the Astronaut's own personal collections, this documentary takes you through time from the upbringing of each crew member and onward to present day.  Featuring an exciting score from composer Alexander Bornstein (The Last Heist, Furthest Witness) the music compliments one of the greatest events in the history of mankind.
[https://notefornotemusic.com/]
Rich sound, at an epic poportion as the composer and score grows legs that starts to run forward... run forward into our heads. I feel transported to the moon, with my feet securely on the ground and feel satisfied by the music. Energetic score on a documentary that serves as history, serving it justice and respect to those involved. STRONG, STRONG RELEASE!

That would be cool to see.