May I introduce you all to my new composer friend "Michael Daniel", with his most recent release Screamworks Records: "Blood Rush" [2014]. You will enjoy, thank you to him for the time and chat...
Jeremy [HWR:OLM] 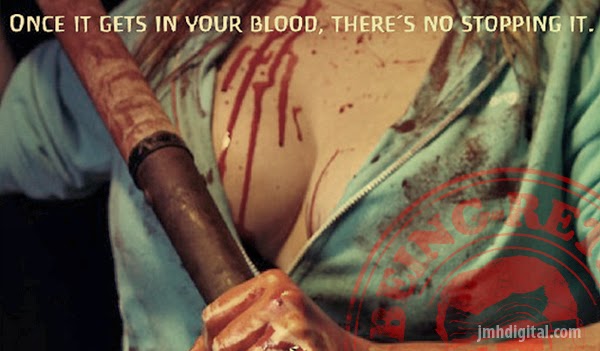 HWR:OLM: There have been many zombie movies coming out in recent years and Blood Rush seems to be in a good company. What's your favorite zombie flick?

MICHAEL DANIEL: I will probably outrage the hardcore zombie purists by admitting this, but my favorite zombie stories are the comedic ones: Shaun of the Dead, Fido, Pride and Prejudice and Zombies, etc. I enjoy the “serious” zombie horror films, too, but personally I’ve always kinda found zombies more comedic than scary, so I really enjoy it when other people show that I’m not alone in that. If someone were to make a tongue-in-cheek parody of Twilight, but with zombies instead of vampires, I think that would be just about the funniest thing ever. That’s one reason why I enjoyed working on Blood Rush, because they did that little tap-dance between being straight-up horror and comedic horror.

HWR:OLM: So how does Blood Rush compare to / differ from the other zombie films?

MICHAEL DANIEL: One thing that I really liked about Blood Rush and the recent trend of zombie movies is that the zombies can actually MOVE. They aren’t those loping, drooling, sluggish zombies that one stereotypically thinks about when they think of movie zombies - these zombies run, they think, they can rip your friggin’ head off. 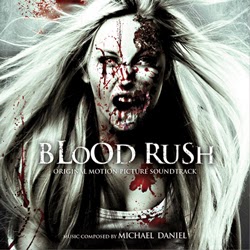 HWR:OLM: The music sounds like you had tons of fun writing it. How did you get in contact with the filmmakers?

MICHAEL DANIEL: That’s something of a bizarre story. When I first moved to L.A., I was shortly followed by one of my friends from my grad school film scoring program, a girl from London. Tamara got involved with a group called Brits In LA, who every year put on a short film competition parodying the Oscars, called the Toscars. Each year they take the ten best picture nominations and do a five minute parody of each film. Through my connection to Tamara, I entered into the 2011 Toscars and the team I got onto was Winter’s Bone, which was led by Kerry Marlowe (at the time, Kerry Finlayson).

We kept in touch and a few months later, when I saw Kerry posting that they were looking for actors for a zombie film, I replied that she probably didn’t want me acting (although, my “acting ability” probably would have actually fit in well with the tongue-in-cheek nature of the film), but that if they needed music to let me know. Few more months down the road, she and Evan sent me a clip of the scene with the cat (don’t want to spoil it for those who haven’t seen it yet, but those who have should know what I’m talking about), had me write a mock-up for it, and that got me the job!

HWR:OLM: The film was made by Evan Marlowe (director) and Kerry Finlayson (writer/lead actress). How did they tell you what they needed from you musically?

MICHAEL DANIEL: Both Evan and Kerry understand the importance of music and that it intensifies the experience, not detracts from it. Evan, as a fellow musician, could have come at me with specific musical ideas and actual terminology, but he didn’t. Rather, he would come at me with things like, “I want it to sound like frogs jumping in a frying pan,” or “the sound of a dolphin being strangled to death.” Strangely, that was a lot more inspiring and clear than if he had come at me with actual music terminology and examples. 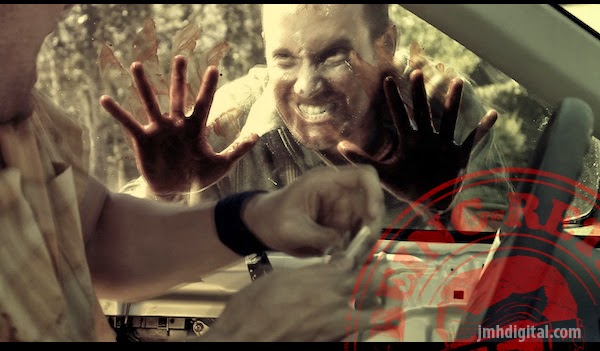 HWR:OLM: What was the toughest, most interesting scene to score?

MICHAEL DANIEL: It’s hard to pick, but I think my favorite part - to compose, at least - was the scene with the old injured guy lying on the ground, going on this like five minute rant about how he got separated from his son on his birthday, etc., etc. Meanwhile, this Zombie is just standing there, off to the side, drooling hungrily at them, and Danny is just shaking his head, not wanting to be rude and interrupt the guy, but also realizing that if the guy doesn’t shut up soon, they’re all going to get eaten. That was a blast to write music for. Again - it plays back to my love of comedic zombies. I love getting scared, but I also love to laugh, so anytime you can put those two together, I’m good.

HWR:OLM: The soundtrack closes with the so-called "Bitonal Piano Agitato" which is unlike anything I've heard in a horror film. What is this piece exactly?

MICHAEL DANIEL: Well, Evan came to me shortly after I got the job and told me that they needed a piece of music for a piano lesson scene, where the teacher was going to start off normal and then begin to descend into zombieness, ending with her playing this big cacaphonic chord and her fingers falling off. I wrote Bipedal Piano Agitato for that purpose - it ended up being way longer than what they wanted, and the final piece was only less than a minute, but I had such fun writing it that I wanted to make sure it got preserved so we included the original version on the soundtrack. 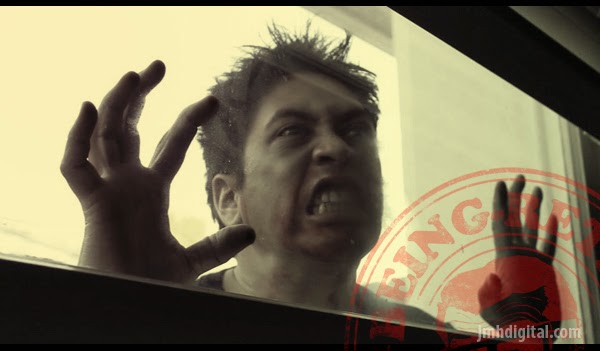 HWR:OLM: You've recently worked with Evan and Kerry on another film called Horror House. What can you tell us about this score?

MICHAEL DANIEL: Horror House was a real blast to work on. It was challenging, because it was an anthology pic, and Evan wanted a completely different instrumental ensemble for each piece, so if there was a flute that was prominent in one of the shorts, I couldn’t make a flute prominent in any of the other shorts, but that challenge is what made it fun. I love creating puzzles, especially musical puzzles, and Horror House was the perfect musical puzzle - making five completely different scores in one movie and yet still tying it all together so that it works as one piece. That’s the kinda thing I live for.

HWR:OLM: What are you working on at the moment?

MICHAEL DANIEL: Film-scoring wise, most recently I have been working on a new horror/soap opera web series called Bennington Gothique. The first three episodes are currently online at www.benningtongothique.com, and the score has been nominated for best original score in the 5th Annual Indie Series Awards. The project that is currently occupying the most of my attention at the moment is actually a new musical, Dark Lord: The Musical. My co-writers and I are still in the draft stages right now, so we aren’t putting out too much information plot-wise, but what I can say is to imagine if Doctor Horrible’s Sing-Along-Blog was about a fantasy super villain (a la Sauron or Voldemort, for example) instead of a comic book super villain. This project is a lot of fun, and we’re about done with the songs and ready to start on the script. The website will hopefully be live later this year, but until then we have a Facebook page at https://www.facebook.com/darklordthemusical
------------------------------------------
Hosted by Jeremy [Retro] at 11:30 PM