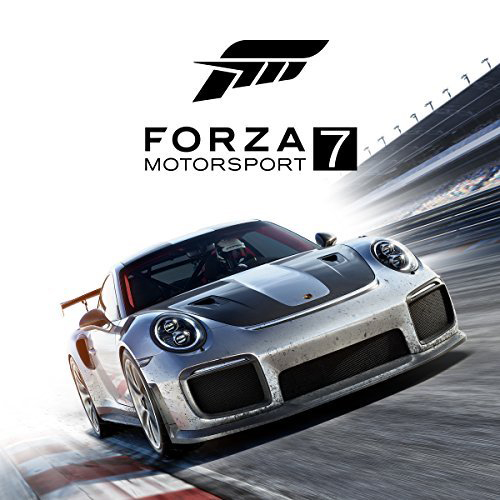 Composers Cohen and Nielsen created a hybrid symphonic score for Forza Motorsport 6 and the subsequent Porsche and NASCAR expansions.  “We approached Forza Motorsport 6 as if we were creating a huge film score,” said Nielsen.  “Almost as if you are a supernatural being looking in on your car collection. There were huge differences in musical dynamics from intimate to enormous.”

Experience unrelenting action in the most beautiful and comprehensive racing game of this generation, with Forza Motorsport 6. Collect, customize, and race 460 Forzavista™ cars, all with working cockpits and full damage. Compete in epic 24-player races across 26 world-famous locales. Master wet weather and night racing on your road to victory.

“For Forza Motorsport 6, the idea was to give the score a really filmic sense of depth and scope and to introduce themes to the franchise for the first time. It was a hybrid score recorded with a large 90-piece orchestra,” Cohen explained.

Forza Motorsport 7 immerses players in the exhilarating thrill of competitive racing. From mastering the new motorsport-inspired campaign to collecting a wide range of cars to experiencing the excitement of driving at the limit, this is Forza reimagined.

The Forza Motorsport 7 score is a complete departure from Cohen and Nielsen’s approach to 6.  “For Forza Motorsport 7, our conversations early on with Turn 10 Studios centered around the idea of ‘humanizing’ the game, from the GUI to the overall aesthetic look and feel and the music,” Cohen described.  “In thinking of the notion of humanizing the music, the game’s audio director felt this could be translated into a band playing together in a room, which in turn after some creative discovery, led us down the road of writing essentially a vintage rock score.”

“You can’t just plug into a computer and get a gritty authentic tone for this kind of music. It’s about moving air, and circuits being pushed to their limits, and fuzz and little electronic explosions,” Nielsen added.  “It was vital to have great players, in great sounding rooms, with great instruments.”