Sony Classical: "ALL THE MONEY IN THE WORLD" Music by Daniel Pemberton 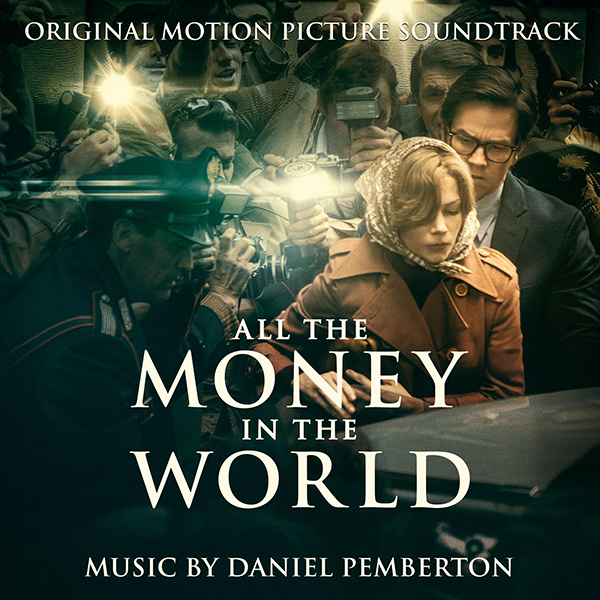 Sony Classical proudly announces the release of ALL THE MONEY IN THE WORLD (Original Motion Picture Soundtrack), featuring music by multiple Golden Globe nominee Daniel Pemberton. The soundtrack to the new film by Ridley Scott (Alien, Blade Runner and Gladiator) will be available digitally on December 22 and on CD January 12. The film will be released in the U.S. on December 25, 2017.

Daniel Pemberton says about the soundtrack: “Working with the legend that is Ridley Scott is always an absolute delight. He gives you the space to try something different and loves to be surprised - he doesn’t want the obvious approach. There are not many movies where you can write operatic choral pieces, brand new classical work and modern post-rock all in the same world but within this film we could. You’ve got be able to keep up with him though and he moves FAST! - I think I just about managed on this soundtrack, and couldn’t be happier with the result.”

ALL THE MONEY IN THE WORLD follows the kidnapping of 16-year-old John Paul Getty III (Charlie Plummer) and the desperate attempt by his devoted mother Gail (Michelle Williams) to convince his billionaire grandfather (Christopher Plummer) to pay the ransom.  When Getty Sr. refuses, Gail attempts to sway him as her son’s captors become increasingly volatile and brutal.  With her son’s life in the balance, Gail and Getty’s advisor (Mark Wahlberg) become unlikely allies in the race against time that ultimately reveals the true and lasting value of love over money. The film is inspired by true events.  Some scenes, characters and dialogue have been fictionalized for dramatic purposes.

DANIEL PEMBERTON (Composer) is an Ivor Novello-winning and multi Golden Globe and BAFTA Award-nominated composer who has been regularly cited as one of the most exciting and original new voices working in modern film scoring today. Constantly working with some of the most renowned names in the industry All The Money In The World marks the third time the composer has collaborated with legendary director Ridley Scott. Featuring an 80 piece orchestra, detuned woodwinds, folk musicians recorded in rural Italy and innovative guitar and electronic textures as well as full choirs and individual soloists singing specifically translated texts it is a score that encompasses both the epic scale of the director’s vision as well as the powerful emotional beats behind the story itself.

Pemberton’s big break into feature films came after Scott was so impressed with his debut film score in 2011 for the period supernatural thriller “The Awakening” that he hired the composer to score his feature “The Counselor”. The pair collaborated again on Scott’s first directorial foray into television, “The Vatican” and the recent Watergate feature “Mark Felt: The Man Who Brought Down the White House”, produced by Scott, directed by Peter Landesman and starring Liam Neeson.

His bold writing and unusual and innovative arrangements on scores for movies have seen the soundtracks constantly singled out for critical acclaim.  Pemberton’s mix of opera and electronics for Danny Boyle's “Steve Jobs” (starring Michael Fassbender and Kate Winslet) not only garnered him a Golden Globe nomination for Best Original Score but so impressed writer Aaron Sorkin that Pemberton was invited to score his much anticipated directorial debut, the recently completed “Molly’s Game” (starring Jessica Chastain and Idris Elba).