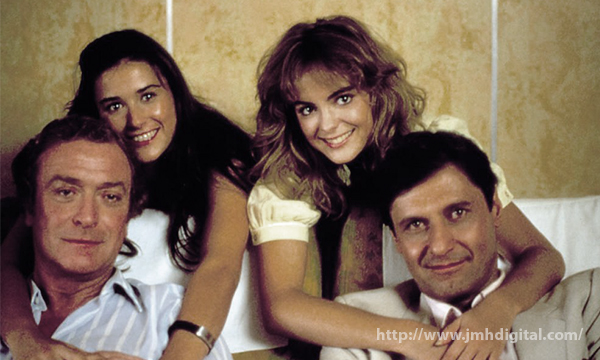 Blame it on Rio (1984): Welcome to the most exciting and sensual city in the world... Rio de Janeiro! The ultimate naughtiness of Brazil's hottest town is captured in this wild and wacky, zany screwball romantic comedy with a red-hot cast that includes Michael Caine (The Holcroft Covenant), Joseph Bologna (Cops and Robbers), Michelle Johnson (Waxwork), Valerie Harper (Rhoda) and Demi Moore (Ghost). Upon arriving in exotic Rio, longtime friends Matthew (Caine) and Victor (Bologna) and their teenage daughters (Moore & Johnson) barely unpack before this infamous pleasure spot begins to cast its torrid spell. 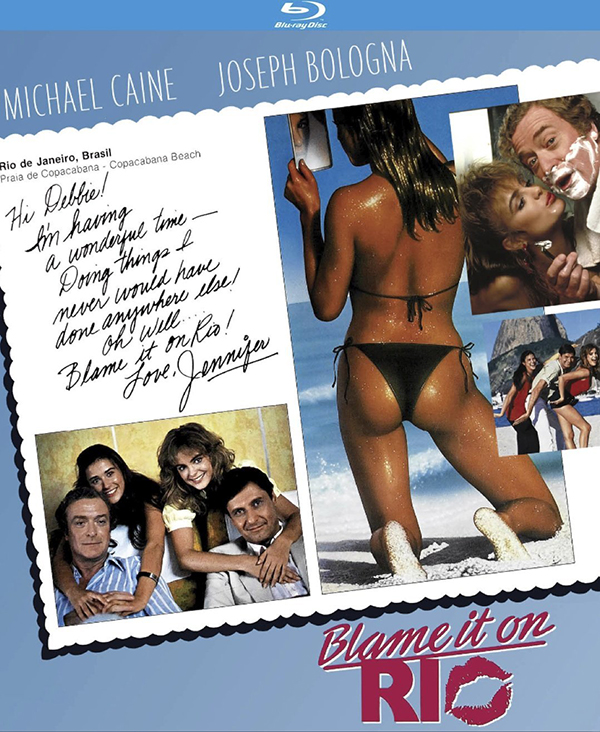 Matthew quickly succumbs to Cupid's arrow, but when guilt gets the better of this married man, he vows to end the affair and keep it a secret... even from Victor. But as his white lies grow, so does his libido, and Matthew continues his indiscretions... until his wife shows up! Legendary filmmaker Stanley Donen (Singin' in the Rain, Charade, Funny Face) directed this romantic comedy, the final feature film in his glorious career.

https://www.kinolorber.com/
Jeremy [Six Strings]
Hosted by Jeremy [Retro] at 10:00 AM