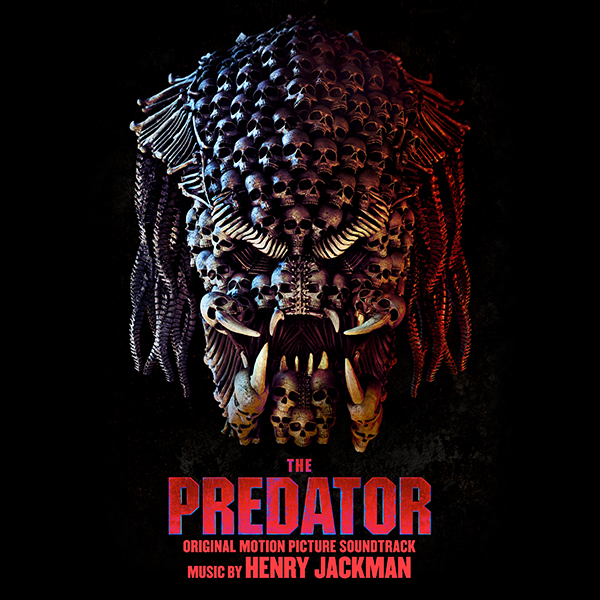 From the black depths of outer space to the backwoods of southern Georgia, the Predators come to hunt in Shane Black’s explosive reinvention of the beloved series. Now, the universe’s most lethal hunters are stronger, smarter and deadlier than ever before. And only a ragtag crew of ex-soldiers and an evolutionary biology professor can prevent all humanity from becoming the Predators’ trophies.

“It was an honor to work on a film that had such rich thematic heritage,” said wonderful dynamic Composer Henry Jackman. “Alan Silvestri’s fantastic score from the original has always been a favorite of mine and when asked if I would like to be involved in this project I immediately said yes. Shane was an absolute pleasure to work with from beginning to end - I’m sure audiences will appreciate this addition to the Predator saga.”

Henry Jackman has established himself as one of today’s top composers by fusing his classical training and his experience as a successful record producer and creator of electronic music. His musical versatility ratcheted up the tension in Paul Greengrass’ CAPTAIN PHILLIPS (earning him a BAFTA nomination), super-powered such comic book hits as X-MEN: FIRST CLASS and CAPTAIN AMERICA: WINTER SOLDIER; kicked ass in KINGSMAN: THE GOLDEN CIRCLE and KICK-ASS; breathed life into legendary animated characters like WINNIE THE POOH, PUSS IN BOOTS, WRECK-IT RALPH, and Oscar-winner BIG HERO 6. His most recent work can be heard in the standalone Jumanji sequel, JUMANJI: WELCOME TO THE JUNGLE, Marvel’s blockbuster hit CAPTAIN AMERICA: CIVIL WAR, Naughty Dog’s latest installment in the Uncharted video game franchise, UNCHARTED: THE LOST LEGACY, and the adventure sequel from Warner Bros.’ KONG: SKULL ISLAND starring Brie Larson and Tom Hiddleston.

His other diverse credits include the animated features MONSTERS VS. ALIENS and TURBO, period drama HENRI 4, family adventure GULLIVER’S TRAVELS(starring Jack Black), crime thriller MAN ON A LEDGE, horror fantasy ABRAHAM LINCOLN: VAMPIRE HUNTER, and the Seth Rogen / James Franco comedies THIS IS THE END and (the firestorm sensation) THE INTERVIEW. Up next for Jackman is Walt Disney Animation’s adventure sequel RALPH BREAKS THE INTERNET, the biographical drama TRIAL BY FIRE DIRECTED by Edward Zwick,

Jackman grew up in the southeast of England, where he began composing his first symphony at the age of six. He studied classical music at Oxford and sang in the St. Paul’s Cathedral Choir—but simultaneously got involved in the underground rave scene and began producing popular electronica music and dance remixes, eventually working with artists such as Seal and The Art of Noise. In 2006 he caught the attention of film composers Hans Zimmer and John Powell, and began writing additional music for Zimmer and Powell on KUNG FU PANDA, and then for Zimmer on THE DARK KNIGHT, THE DA VINCI CODE, and THE PIRATES OF THE CARIBBEAN films, which rapidly led to scoring blockbuster films on his own.

20th CENTURY FOX presents THE PREDATOR in theaters on September 14, 2018 nationwide. Lakeshore Records pleased to announce the release of THE PREDATOR – Original Motion Picture Soundtrack on September 28, 2018 on Digital Download and CD. [http://www.lakeshorerecords.com]

That was such a love it or hate it film due to the humor, but I do want to see it.