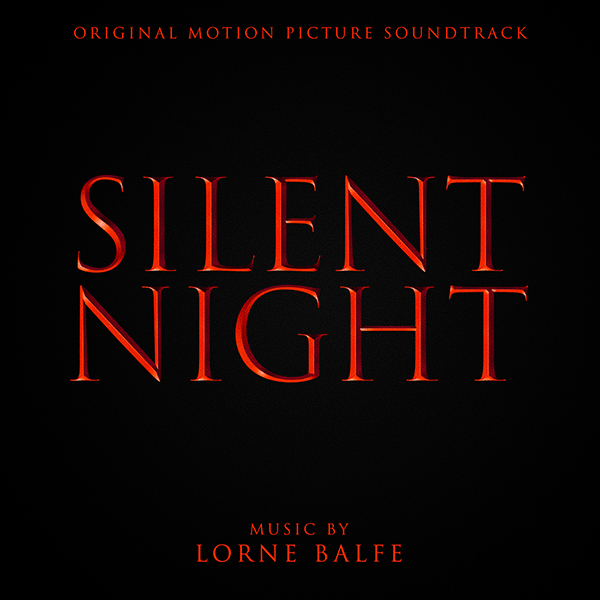 From producers Matthew Vaughn (Kingsman franchise), Trudie Styler (Moon) and Celine Rattray (The Kids Are Alright), Silent Night follows parents Nell (Knightley) and Simon (Goode) who have invited their closest friends to join their family for Christmas dinner at their idyllic home in the English countryside.  As the group comes together, it feels like old times – but behind all of the laughter and merriment, something is not quite right.  The world outside is facing impending doom, and no amount of gifts, games or Prosecco can make mankind’s imminent destruction go away.  Surviving the holidays just got a lot more complicated.

Says Balfe: “The film's subtle complexity is woven by deep, well thought out characters, played by some of Britain’s best performers, and director Camille and editorial's meticulous attention to detail. We committed to and joyfully explored these subtleties closely with production in what became one of our most collaborative scores.

Musically, we sought to think big.  We filled the silence with a full orchestra, Bulgarian and Viennese choirs, incredible soloists, and the Christmas powerhouse that is Michael Buble’, who helps sell the film's dystopian reality by bridging our worlds with easily recognizable nostalgia. We are overjoyed at how our performers engaged with the compositions to bring the score, and film, beyond our expectations.”

Originally from Inverness, Scotland, Lorne’s love of music and writing music was evident from an early age. His childhood home had a residential recording studio where the likes of Ozzy Osbourne and Inner Circle would record – the latter of which he serendipitously worked with for his score to BAD BOYS FOR LIFE.

As early as eight years-old, Lorne began writing and selling his composed “jingles” for advertisements, and at the age of thirteen he auditioned to be a percussionist with the Edinburgh Symphony Orchestra, becoming their youngest member, and traveled around Scotland with them professionally. It became clear to Lorne that he wanted to become a film composer and in his late teens he started writing letters to other composers in the hope of an opportunity. It was then he decided to move to the U.S., and soon his exceptional career took off.

Consistently receiving accolades for his musical compositions, he received critical acclaim for his score in the most successful film of the Mission Impossible franchise, Writer/Director Christopher McQuarrie’s MISSION IMPOSSIBLE: FALLOUT (Paramount Pictures) and has been announced as the composer of MISSION: IMPOSSIBLE 7 & 8.

In addition to his work with Christopher McQuarrie, Lorne has worked with many of the most prestigious directors in the industry including Christopher Nolan, Ron Howard, Michael Bay, Cate Shortland, Ang Lee, Christophe Waltz, Jerry Bruckheimer, Sean Baker, and Chris McKay