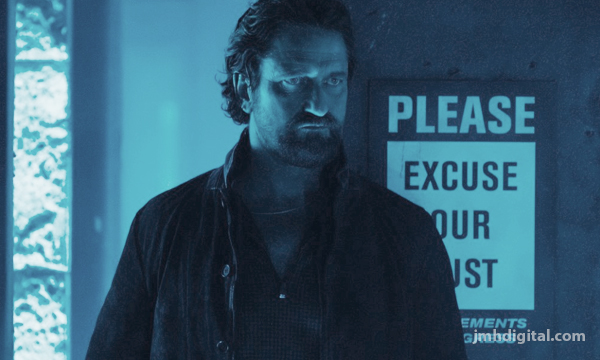 Gerard Butler (Greenland, Angel Has Fallen) and Frank Grillo (The Grey, The Purge: Anarchy) deliver a “a fun-as-hell action flick” (Bulletproof Action) in this edge-of-your-seat thriller, COPSHOP, available to own on Digital November 23, 2021 and on Blu-ray™ and DVD December 7, 2021 from Universal Pictures Home Entertainment. Certified Fresh on Rotten Tomatoes, this shoot ‘em up style thriller from Open Road Films and Briarcliff Entertainment is filled with shocking twists and turns that takes audiences on an exciting journey with non-stop action and intense stunts from start to finish. Director of A-Team, Joe Carnahan’s COPSHOP comes home just in time for the holidays and is a “relentlessly entertaining” (Lisa Giles Keddie, HeyUGuys) thrill ride that consumers will want to watch over and over.

Screaming through the Nevada desert in a bullet-ridden Crown Vic, wily con artist Teddy Murretto (Frank Grillo; The Grey, The Purge: Anarchy) hatches a desperate plan to hide out from lethal hitman Bob Viddick (Gerard Butler; Greenland, Angel Has Fallen): He sucker-punches rookie officer Valerie Young (Alexis Louder; The Tomorrow War, Harriet) to get himself arrested and locked up in a small-town police station. But jail can’t protect Murretto for long. Viddick schemes his own way into detention, biding his time in a nearby cell until he can complete his mission. When the arrival of a competing assassin (Toby Huss; “Halt and Catch Fire”, Rescue Dawn) ignites all-out mayhem, mounting threats force Viddick to get creative if he wants to finish the job and escape the explosive situation. 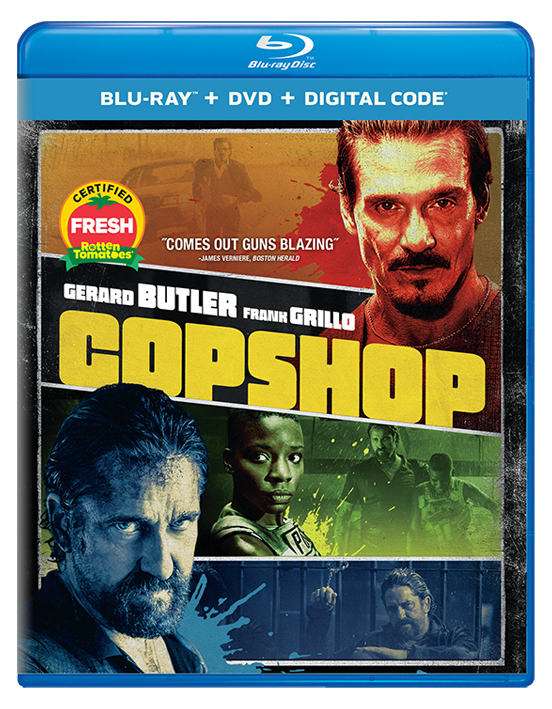 With the purchase of COPSHOP on disc or digital, fans are eligible to earn points towards special rewards via the Universal All-Access Rewards program. Members can redeem their points for digital movies, signed collectables, box sets, win exclusive prizes and more! For FREE registration and details please visit www.MyUniversalRewards.com.

COPSHOP will be available on Blu-ray™, DVD and Digital.