Varèse Sarabande: THE HOUSE... this is one different kind of house! 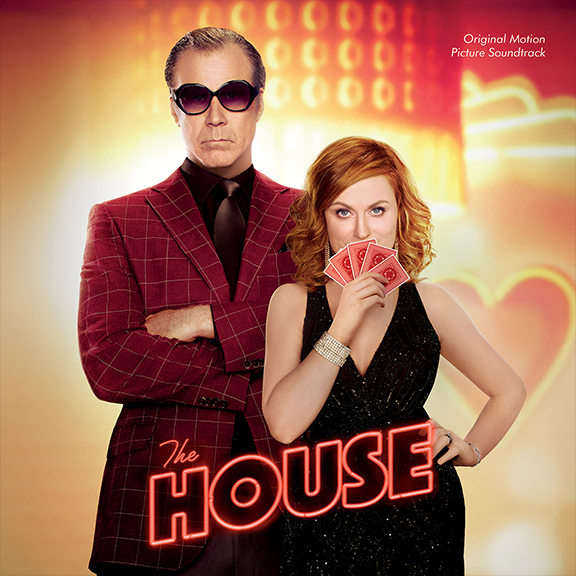 Varèse Sarabande will release THE HOUSE - Original Motion Picture Soundtrack digitally and on CD June 30, 2017. The album features the original music composed by Andrew Feltenstein and John Nau (ANCHORMAN 2: THE LEGEND CONTINUES, SLEEPING WITH OTHER PEOPLE), including four songs written by Feltenstein and Nau performed by Crown and the M.O.B., the previously unavailable Sam Wilkes Remix of LL Cool J’s “Mama Said Knock You Out” and the original track “Kids In The Hood” performed by The M.O.B. featuring Chali 2NA (of Jurassic 5).

“Two of our favorite songs ‘Love My People’ and ‘We Just Came To Party’ sum up the spirit and the insanity of the film; people doing crazy things, throwing wild parties and having an amazing time!” said Feltenstein.  Crown and the M.O.B., who will be the house artist for the 2017 ESPY Awards, perform these original tracks, which were penned by the composers.

After Scott and Kate Johansen (Will Ferrell and Amy Poehler) lose their daughter Alex’s college fund, they become desperate to earn it back so she can pursue her dream of attending a university. With the help of their neighbor Frank (Jason Mantzoukas), they decide to start an illegal casino in his house.

“The score was a blast to make, a perfect combination of both measured and creative vibes,” said Nau.  “There were several controlled writing sessions, spent either sitting at a piano or a computer, mixed with live jam sessions spent with our musician friends. We took the most special moments and crafted them into what ultimately became the score.”

The independent spirit of the folk movement has morphed into a creative space where EMMY® winning composers John Nau and Andrew Feltenstein (ANCHORMAN 2: THE LEGEND CONTINUES, SPOILS OF BABYLON, THE HOUSE) work their musical magic in a studio hidden away in Venice, CA in a space that once belonged to Joni Mitchel. Both come from a performance background. Nau was the pianist for the multi-platinum recording artists Hootie and The Blowfish and Feltenstein played and studied jazz. Together they compose and produce music for film, television and commercials. They have also written and produced an MC out of Brooklyn, Crown and the M.O.B, album to debut summer of 2017.

A project for BudTV – a series of short films and sketches for Budweiser -- would lead to them working with Matt Piedmont, an Emmy Award winning writer for Saturday Night Live (SNL) and writer for the popular website FUNNY OR DIE. Piedmont would enlist Feltenstein and Nau to compose for his web series THE CARPET BROTHERS, starring SNL alums David Spade and Tim Meadows and BRICK NOVAX’S DIARY, a winner of a Jury Prize in Short Filmmaking at the 2011 Sundance Film Festival.

Nau and Feltenstein’s film and TV credits also include ANCHORMAN 2: THE LEGEND CONTINUES, starring Will Ferrell and Christina Applegate, the IFC series SPOILS OF BABYLON (for which they earned their first EMMY nomination), BETTER LIVING THROUGH CHEMISTRY, starring Olivia Wilde and Sam Rockwell, THE BRONZE for director Bryan Buckley, SLEEPING WITH OTHER PEOPLE starring Jason Sudeikis and Allison Brie, the Lauren Greenfield film KIDS AND MONEY, the BIG LOVE Christmas Album, and BACHELORETTE for director Leslye Headland, and the upcoming film DABKA for Bryan Buckley.