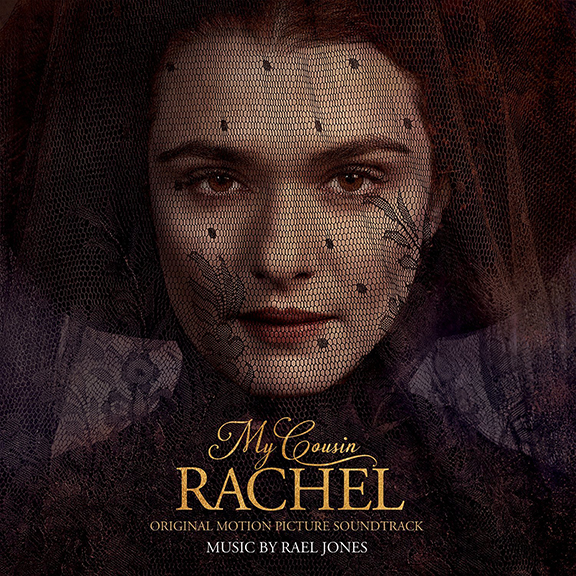 A dark and layered romance, My Cousin Rachel, adapted from Daphne Du Maurier's gothic romance novel of the same name, tells the story of a young Englishman who plots revenge against his mysterious and beautiful cousin, believing that she murdered his guardian.  His feelings become complicated as he finds himself falling helplessly and obsessively in love with her. Starring Academy Award® winner Rachel Weisz along with Sam Claflin (Hunger Games), Holliday Grainger (The Borgias) and Iain Glenn (Game of Thrones), My Cousin Rachel opens on June 9.

Rael’s other scores include the Oasis documentary Supersonic, from the Oscar® winning producers of Amy; the TV adaptation of Zadie Smith’s NW directed by Saul Dibb; the coming-of-age drama Kids In Love starring Will Poulter and Cara Delevingne; and the feature documentary Still The Enemy Within.  Other additional composition credits include Everest, Horrid Henry: The Movie, and Island.

As a creative, flexible, and technically adept artist, Rael has adopted many roles on feature films including: Music Producer, Orchestrator, Music Editor, Music Programmer and Session Musician.   Rael worked on Tom Hooper’s film adaptation of Les Misérables as Additional Orchestrator, Music Editor and Music Programmer, for which he won a Golden Reel Award at the 2013 MPSE Awards in LA. Other notable film credits include Steve Jobs, The Danish Girl, Alan Partridge, The Inbetweeners Movie and Hyde Park on Hudson (as Music Editor), and Wild Target and Wild Child (as Music Producer).

Never one to shy from the limelight, Rael regularly plays gigs around the UK, including touring and TV appearances as a guitarist with Guillemots front man Fyfe Dangerfield, as well as with his own band Thumpermonkey. He has also appeared on BBC One’s Junior Apprentice, as a composer working with the finalists. Rael released a solo instrumental album Mandrake last year to critical acclaim.