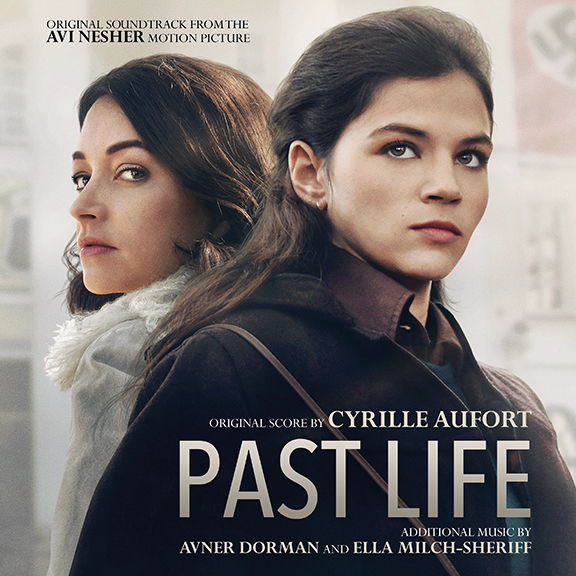 Coinciding with the movie’s American premiere, MovieScore Media presents Cyrille Aufort’s score for Past Life, a thrilling investigation into the sins of the past. Written and directed by Avi Nesher, Past Life tracks the daring late 1970s odyssey of two sisters - an introverted classical musician and a rambunctious journalist as they unravel a shocking wartime mystery that has cast a dark shadow on their entire lives. Since one of the main characters is also a musician, the score for Past Life includes not only traditional underscore, but also original, deliberately challenging pieces that were commissioned especially for the film, to be performed by the in dramatic moments.

As composer Cyrille Aufort recalls: "When Avi and I talked about Past Life, he told me it was a quest for truth of two sisters haunted by a dark secret. That’s why he the score to play with different moods so I started composing with the idea of going from dramatic, romantic and emotional themes to some kind of action music in the archives scene. The main title was composed with the character of Sefi in mind. On the one hand I wanted it to have a lyrical touch and on the other I wanted to add something else, some kind of dark quality to it. That’s what Past Life’s score is, a blend of several musical components that mirrors the feelings of the characters. I really want to thank Joy Rieger for lending her voice to this music."

In addition to Aufort's score, the album features new recordings of choral music conducted by Yishai Shtekler and two original compositions by contemporary composers Ella Milch-Sheriff and Avner Dorman. As Avi Nesher explains: "Ella has a unique life story which served as basis for the plot of "Past Life". It was very important for me to have her write the musical piece with which Sephi (Ella's cinematic "twin") struggles throughout the film until the piece is performed in full at the end. Avner Dorman wrote the brilliant score of my previous film "The Wonders" and being a very inventive and clever modern composer, I thought he would write a quirky yet powerful piece for the German composer who guides Sefi on her both physical and metaphorical journey."

French composer Cyrille Aufort started composing music for the theater, short films and animation films before working extensively in the cinema. While working as an orchestrator for Alexandre Desplat, Aufort's first major composing credit was Vincenzo Natali's DNA-based sci-fi horror Splice, starring Adrien Brody and Sarah Polley. In 2012, Aufort and Gabriel Yared co-composed the score for A Royal Affair, the historical drama starring Alicia Vikander and Mads Mikkelsen was released by MovieScore Media. His more recent credits include Yann Gozlan's A Perfect Man as well as the new Arctic-themed documentaries of March of the Emperors' Luc Jacquet: The Ice and the Sky and L'Empereur.