Lakeshore Records: "The CURED" Music by Rory Friers & Niall Kennedy From The Band And So I Watch You From Afar 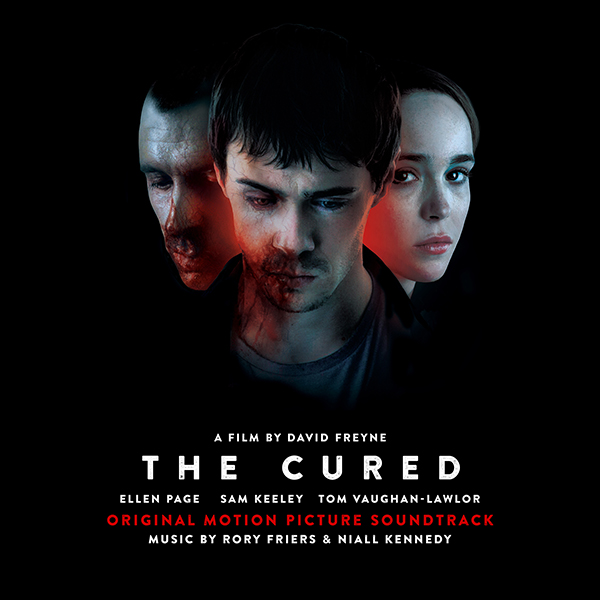 What happens when the undead return to life? In a world ravaged for years by a virus that turns the infected into zombie-like cannibals, a cure is at last found and the wrenching process of reintegrating the survivors back into society begins. Among the formerly afflicted is Senan (Sam Keeley), a young man haunted by the horrific acts he committed while infected. Welcomed back into the family of his widowed sister-in-law (Ellen Page), Senan attempts to restart his life—but is society ready to forgive him and those like him? Or will fear and prejudice once again tear the world apart? Pulsing with provocative parallels to our troubled times, The Cured is a smart, scary, and hauntingly human tale of guilt and redemption.

Rory Friers (born 7th September 1983) is a musician, composer and producer who is best known as guitarist in instrumental rock band And So I Watch You From Afar. He grew up on the rugged coastline of north Antrim in Northern Ireland and currently resides in Belfast. The son of wildlife artist Julian Friers and mother Jill he is the eldest of three he developed his love for music through his dads collection of seventies prog rock albums and the plethora of musical instruments that inhabited his family home.

After school he briefly attended art-college before leaving to start touring with And So I Watch You From Afar. He has toured with the band since 2006, playing headline tours across UK, Europe, USA, Russia, China, South East Asia, appearing at numerous festivals throughout the years and playing tours with the likes of Them Crooked Vultures with Dave Grohl, Josh Homme and John Paul Jones. Celebrated for their use of dynamics, textures and inventiveness the band have been critically acclaimed, nominated for and winning several awards.

Friers has written and co produced all 5 albums with And So I Watch You From Afar and last year composed the score for David Freyne’s debut feature length The Cured starring Ellen Page, Sam Keeley and Tom Vaughan-Lawlor. The movie debuted in the Special Presentations section at the 2017 Toronto International Film Festival.

In 2017 Friers and Kennedy of ASIWYFA were voted joint number 6 best prog guitarists in the world by the readers of Total Guitar Magazine.  Kennedy and Friers composed the music for upcoming Irish horror film, "The Cured" starring Ellen Page and Sam Keeley. The movie debuted in the Special Presentations section at the 2017 Toronto International Film Festival.