Milan Records: "B: The Beginning" Music by Yoshihiro Ike 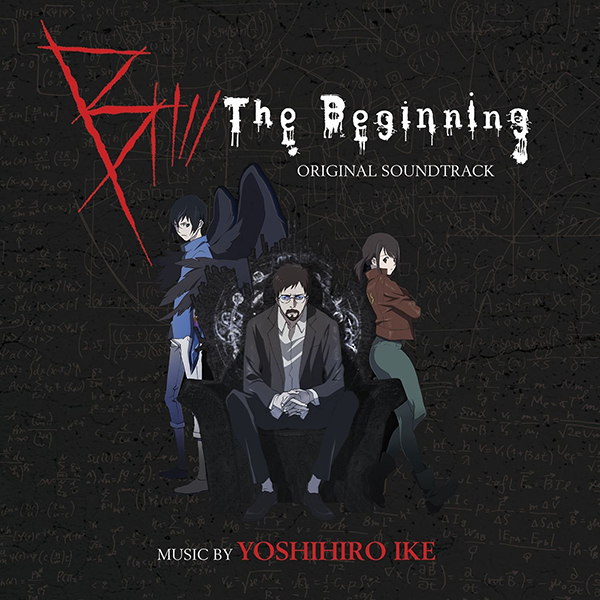 Created by Kazuto Nakazawa and produced by legendary Production I.G, B The Beginning is a 10 episode animated series that will premiere worldwide on Netflix on March 3rd, 2018. In a world powered by advanced technology, crime and action unfold in the archipelagic nation of Cremona. This suspense drama follows Koku, the protagonist – Keith, the legendary investigator of the Royal Police Force RIS – and an underground criminal organization. A wide variety of characters race through the fortified city as it is beset by the serial killer, Killer B.

Yoshihiro Ike, one of the most prolific soundtrack composers in Japan with more than 150 titles spanning across live action films, TV dramas and animated features, contributed the exciting score to the series. The music plays a very important role in the series and puts electronic, electric guitar and otherworldly vocals on the forefront!

Yoshihiro Ike: With an ever-expanding repertoire of 12 full soundtracks completed each year, Yoshihiro Ike is the most prolific Japanese composer working in the industry today. Recording his first compilation "Ahimusa" with David T Walker in Los Angeles in 1989, he began writing soundtracks for Japanese animation features.

He was subsequently nominated for the 2000 UK Music Awards under the soundtrack category, and then awarded the top prize at the Japan Media Arts Festival in 2001 by the Agency for Cultural affairs for his work "Blood the Last Vampire." In 1997 he began writing for film with the TV Asahi drama series "Illusion Midnight" In 2007 he released a 20-year compilation "Ike Yoshihiro the BEST- 20th Anniversary Selection" which included iconic tracks from 40 different films. In addition to writing for television and film, Ike also writes for commercials and anime works as well.