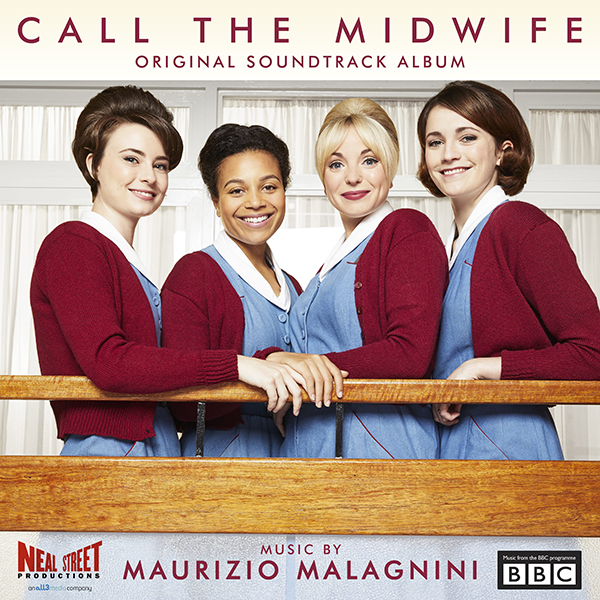 This will be the first ever released CALL THE MIDWIFE soundtrack album entirely dedicated to the composed music in the seven-season run of this acclaimed BBC One/PBS TV series made by Neal Street Productions. Maurizio began working on CALL THE MIDWIFE in season 4, and his music has since become the heart of the drama series and an essential part of storytelling. One of the themes of the show is the mystery behind the creation of life, where Maurizio notes, “In every single scene in which a woman gives birth, there is something magical. The series portrays how extraordinary and diverse every birth can be and some of the most intense music I have ever composed is present in these scenes.”

The album will feature a collection of the best tracks across seasons 4 through 7 and will allow the audience to relive the emotions of the breathtaking storylines penned by series Creator, Writer, and Executive Producer Heidi Thomas. “One of the elements that fascinated me the most when I began scoring the series was the degree of realism and depth that Heidi Thomas managed to create around the characters. I especially felt that every character, including leading characters Dr. Turner and Trixie, had a hidden side – an element of fragility that makes them more deep and real. I truly felt that my music could be an integral part of the storytelling and make each character seem more human, alive and ultimately unveil the hidden side of their personalities,” said Maurizio of the role of his music in the series.


Maurizio Malagnini: International award-winning composer Maurizio Malagnini burst onto the scene in 2009, bringing his cinematic class and stunning melodies through his scores to numerous BBC hits.
In demand because of his ability to vary his palette of sounds and styles, each time bringing the audience to the heart of the story, Malagnini’s work on The Paradise has been recognized with an EMMY® Award Nomination and has been hailed as a ‘masterpiece of musical storytelling’.

Other recent projects include the BAFTA Nominated film The C Word, the music for series 4 to 7 of Call The Midwife, and an epic full orchestral score for a 2-hour drama for ITV, Peter and Wendy, based on J.M. Barrie’s Peter Pan novel. This film won the International Emmy Award in 2017. Maurizio’s success over recent years have resulted in him winning the title of Breakthrough Composer Of The Year from the International Film Music Critic Association and four Music+Sound Awards.
During his ten years of academic studies at the Conservatory of Italy, he came into contact with the music of the greatest Italian film composers, in particular Ennio Morricone and Nino Rota. Upon completion of his degree in symphonic composition at the Conservatory in Italy, Malagnini headed to the UK to attend the Royal College of Music in 2006, where he graduated with a Masters Distinction in Composition for Screen.