Back Lot Music: "THOROUGHBREDS" Music by Erik Friedlander and other Various Artists 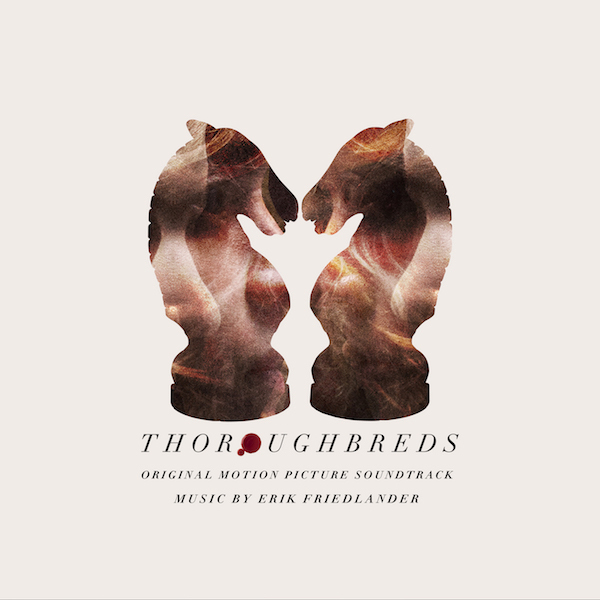 Back Lot Music is set to release the soundtrack album for Focus Features' Thoroughbreds, the darkly comedic psychological thriller by first time director Cory Finley, it was announced today. The soundtrack features music curated for the film by Emmy® Award-Winning music supervisor Susan Jacobs and score from composer Erik Friedlander. The album will release digitally day and date with the films limited theatrical release on March 9th. A vinyl version will deliver later this spring by Mondo Vinyl. Both the digital and vinyl versions of the album feature original artwork by artist Jay Shaw commissioned for the soundtrack.

Friedlander's evocative atonal score serves as almost an additional character in the film. The New York City-based composer and cellist's work with such diverse musicians as John Zorn, Courtney Love and the Mountain Goats has made him a fixture across Manhattan's polymorphous live music scene. Director Finley was referred to Friedlander by music supervisor Jacobs as being someone who could bring an out-of-the-box sensibility to the film's frequently jarring score, having showcased bold and innovative cello playing in his lives sets and recorded compositions.

"We wanted to push up against the visual beauty of the movie in a deliberately ugly – or rather ugly-beautiful – manner," says Finley. "Erik [Friedlander] did an inspiring job of that, composing a very distinctive score that takes into account his background in avant-garde classical and free-jazz improvisation."

Combining cello, percussion and prepared piano, Friedlander concocts a sensation of eerie, disjointed unease against the backdrop of sumptuous, unchecked luxury that is the main character Lily's Connecticut home, drawing out the conflicting feelings of joy, terror and hysteria as friends Amanda and Lily descend into violence and depravity.

With a career spanning over two decades, music supervisor Jacobs was recently the historic winner of the first ever Emmy® Award for Outstanding Music Supervision for the HBO series Big Little Lies season finale episode, "You Get What You Need." She also has two GRAMMY nominations for Best Compilation Soundtrack for American Hustle and Little Miss Sunshine, as well as an Emmy nomination for Outstanding Individual Achievement in a Craft: Music and Sound for the documentary film Pecados de mi Padre. Prior to music supervising over 110 films, documentaries and television shows, Jacobs began her career at Island Records and then transitioned into artist management.

Rounding out the music team, composer Friedlander has been surrounded by music and picture since he can remember. He began music studies at the age of five and his father, a photographer, filled the house with pictures and books of photography. Friedlander has since released over 20 albums as a bandleader and has composed music for ads, dance works, documentaries and films. Friedlander will release "Artemisia" this April, a 3-LP boxset inspired by Absinthe and its murky history as a brain bending hallucinogen.

Childhood friends Lily (Anya Taylor-Joy) and Amanda (Olivia Cooke) reconnect in suburban Connecticut after years of growing apart. Lily has turned into a polished, upper-class teenager, with a fancy boarding school on her transcript and a coveted internship on her resume; Amanda has developed a sharp wit and her own particular attitude, but all in the process of becoming a social outcast. Though they initially seem completely at odds, the pair bond over Lily's contempt for her oppressive stepfather, Mark (Paul Sparks), and as their friendship grows, they begin to bring out one another's most destructive tendencies. Their ambitions lead them to hire a local hustler, Tim (Anton Yelchin), and take matters into their own hands to set their lives straight.