Mossgrove Music: "THE DOCTOR FROM INDIA" Music by Rachel Grimes 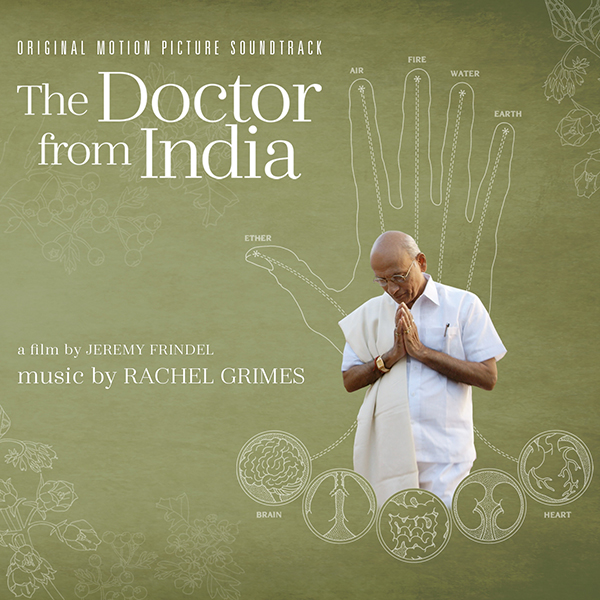 An ethereal and meditative soundtrack album from pianist and composer Rachel Grimes (Rachel’s, King’s Daughters & Sons), The Doctor from India features piano, violin, harp, saxophone, and strings interspersed with ambient sound design. Created for a new documentary film by Jeremy Frindel, this score provides a thematically unified soundscape to support the inspiring story of Dr. Vasant Lad, a holistic health pioneer whose approach centers around the ancient practice of Ayurveda.

The film had its world premiere at the Santa Barbara International Film Festival on February 2, 2018. Zeitgeist Films, in association with Kino Lorber, will be releasing the film theatrically and VOD on May 18th, 2018. The film tells fascinating story of one man’s mission to bring the ancient healthcare system of wellness called Ayurveda from India to the West in the late 1970s. In this meditative, immersive portrait, with interviewees including Ayurvedic practitioner Deepak Chopra, Frindel documents the life and work of Dr. Vasant Lad who, fulfilling his destiny as foretold by his family guru became a holistic health pioneer, helping to bring Ayurveda, which was almost unknown when he first arrived in the west, to become one of the most prominent alternative health systems in the world today.

Heralded as “one of American independent music’s few truly inspired technicians” by WIRE magazine, Rachel Grimes is a pianist, composer, and arranger based in Kentucky. Widely known for her role in the groundbreaking chamber ensemble Rachel’s, (six albums on Quarterstick/Touch and Go), she has since toured worldwide as a solo pianist, and as a collaborator with various artists.