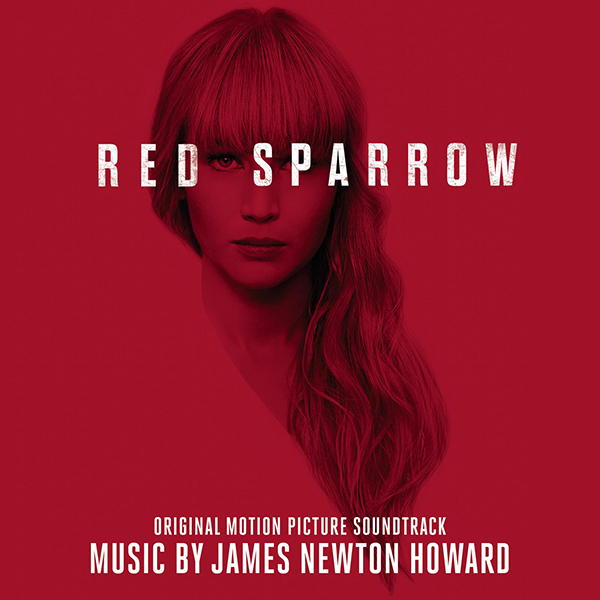 Dominika Egorova is many things. A devoted daughter determined to protect her mother at all costs. A prima ballerina whose ferocity has pushed her body and mind to the absolute limit. A master of seductive and manipulative combat. When she suffers a career-ending injury, Dominika and her mother are facing a bleak and uncertain future. That is why she finds herself manipulated into becoming the newest recruit for Sparrow School, a secret intelligence service that trains exceptional young people like her to use their bodies and minds as weapons. After enduring the perverse and sadistic training process, she emerges as the most dangerous Sparrow the program has ever produced. Dominika must now reconcile the person she was with the power she now commands, with her own life and everyone she cares about at risk, including an American CIA agent who tries to convince her he is the only person she can trust.

Based upon the best-selling novel by Jason Matthew, Red Sparrow is directed by Francis Lawrence with a screenplay by Justin Haythe and stars Jennifer Lawrence, Joel Edgerton, Matthias Schoenaerts, Charlotte Rampling, Mary-Louise Parker, and Jeremy Irons.

“Working with Francis Lawrence is always a joy. His movies provide a great musical opportunity, while his communication skills are clear and consistent. My first assignment in the Red Sparrow was to compose a twelve-minute piece that could serve as both a ballet and as accompaniment to an unfolding narrative. I also had the great honor of having my friend, Esa-Pekka Salonen conduct the main and end title music,” says composer James Newton Howard.

JAMES NEWTON HOWARD is one of the film industry’s most versatile and honored composers, with a career spanning over thirty years and encompassing more than 130 film and television projects. His myriad film credits include the Oscar®-nominated scores for Defiance, Michael Clayton, The Village, The Fugitive, The Prince of Tides, and My Best Friend’s Wedding, as well as Oscar® nominated songs for Junior and One Fine Day. Howard also received Golden Globe nominations for his scores for Peter Jackson’s blockbuster remake of King Kong and Defiance, as well as the aforementioned songs.

In addition, Howard won the 2009 Grammy® Award for the score of The Dark Knight, co-composed with Hans Zimmer, and received Grammy Award nominations for music from Blood Diamond and his song from One Fine Day. He also won an Emmy for the theme to the Andre Braugher series Gideon’s Crossing, and received four additional Emmy® nominations for the Netflix series, A Series of Unfortunate Events, the HBO film, All The Way, and for the themes to the long running series, ER, and the Ving Rhames series, Men. In 2008, World Soundtrack Award named him Film Composer of the Year for his work on the films Charlie Wilson’s War, Michael Clayton and I Am Legend.

His success reflects the experiences of a rich musical past. Inspired by his grandmother, a classical violinist, he began his studies on the piano at age four. After studying at the Music Academy of the West in Santa Barbara, and at the USC School of Music as a piano performance major, he completed his formal education with orchestration study under legendary arranger Marty Paich. Though his training was classical, he maintained an interest in rock and pop music, and it was his early work in the pop arena that allowed him to hone his talents as a musician, arranger, songwriter and producer. He racked up a string of collaborations in the studio and on the road with some of pop’s biggest names, including Elton John; Crosby, Stills & Nash; Barbra Streisand; Earth, Wind and Fire; Bob Seger; Rod Stewart; Toto; Glenn Frey; Diana Ross; Carly Simon; Olivia Newton-John; Randy Newman; Rickie Lee Jones; and Chaka Khan.

In 1985, he was offered his first film, Head Office, and he quickly knew he had found his

calling. He has since created the scores for a broad range of films, recently including Roman J. Israel, Esq., Detroit, Fantastic Beasts and Where to Find Them, all four installments of The Hunger Games franchise, Concussion, Nightcrawler and Maleficent. His long list of credits also include Snow White and the Huntsman, The Bourne Legacy, Salt, Water For Elephants, Batman Begins, Collateral, Snow Falling on Cedars, Outbreak, The Village, Hidalgo, Peter Pan, Wyatt Earp, Lady in the Water, The Sixth Sense, Unbreakable, Freedomland, Treasure Planet, Signs, Falling Down, Primal Fear, Glengarry Glen Ross, Waterworld, The Devil’s Advocate, Dave, and Pretty Woman among many others.

In addition to his contributions to film and television music, Howard has composed two concert pieces for the Pacific Symphony: I Would Plant a Tree, which debuted in 2009; and, more recently, his Concerto for Violin and Orchestra, which premiered in 2015, featuring renowned violinist James Ehnes.

Howard has been honored with ASCAP’s prestigious Henry Mancini Award for Lifetime Achievement, and the 2016 BMI ICON Award. Howard recently completed a 15 European city tour in November and December 2017 - The 3 Decades of Music for Hollywood concert production was a celebration of career highlights with music, spoken word and video. His upcoming projects include Disney’s The Nutcracker and the Four Realms, and the next installment of the Harry Potter franchise, Fantastic Beasts: The Crimes of Grindelwald.