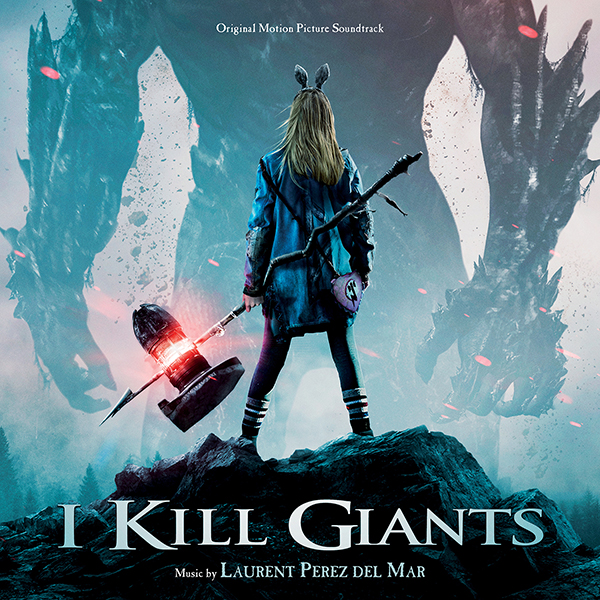 Varèse Sarabande will release the I KILL GIANTS – Original Motion Picture Soundtrack digitally and on CD March 30, 2018. The album features original score composed by Laurent Perez del Mar (The Red Turtle), the original song “Something So Strong” performed by Rasmus Walter and the exclusive and unreleased track London Grammar’s “Under The Stars”.

From the acclaimed graphic novel comes an epic adventure about a world beyond imagination. Teen Barbara Thorson (Madison Wolfe, The Conjuring 2) is the only thing that stands between terrible giants and the destruction of her small town. But as she boldly confronts her fears in increasingly dangerous ways, her new school counselor (Zoe Saldana, Guardians of the Galaxy) leads her to question everything she’s always believed to be true. I Kill Giants is an intense, touching story about trust, courage and love from the producers that brought you Harry Potter.

“On each film, I try to find a particular sound for the music,” explained Perez del Mar.  “For I Kill Giants, I have mixed instruments like marimba, celesta and cymbalum to obtain a ‘quirky’ sound for the ‘psycho’ theme of Barbara, and I mixed analog textures and an octobass for the dark side of the music, for the giants and the titans.”

Director Anders Walter worked closely with Perez del Mar.  “Anders came to Paris a few times to listen to the music and give me his feedback.  He is an avid music fan. We only stopped working when he had goose bumps.”

Perez del Mar came up with a theme that gave Anders these goose bumps. “This first emotional theme was not expected to be played so many times in the film, but the producers loved it so much that they decided to reuse it at several key moments. And I must admit that it was a good idea.”

Laurent Perez del Mar is critically acclaimed for his work on the score for the Academy Award®-nominated feature film The Red Turtle, produced by the famous studios Ghibli. His score has earned numerous accolades, including an award from the prestigious International Films Music Critics Association in 2017, and nominations by the Annie Awards and from the Prix Lumières in the best music category. He became a member of the Academy of Motion Picture Arts and Science in 2017.

Perez del Mar is as comfortable composing for animated films (he wrote scores for Zarafa, nominated for the César in 2012 and Wolfy, The Incredible Secret which won the César in 2014), as he is for feature films (My Son by Christian Carion, featuring Guillaume Canet and Melanie Laurent, Antigang featuring Jean Reno, Carole Matthieu featuring Isabelle Adjani, and Mrs. Mills by Sophie Marceau).