C2E2 BRINGS "COBRA KAI" TO THE STAGE and SIX STRINGS WAS THERE! 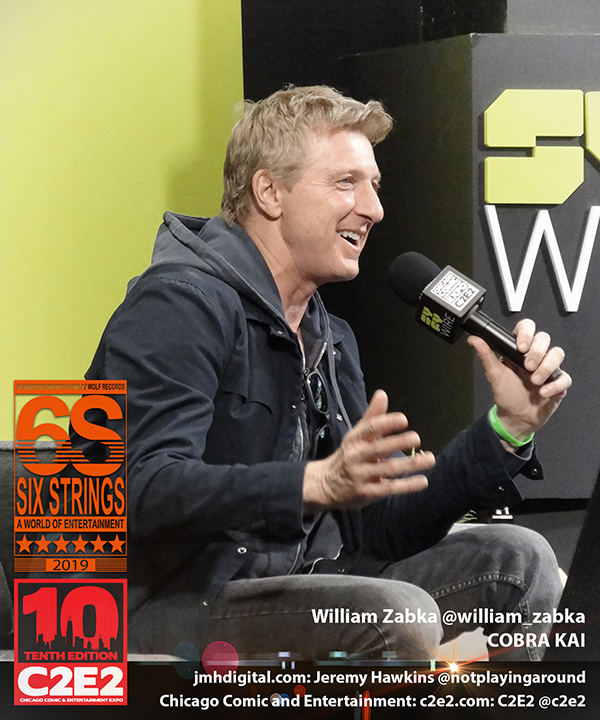 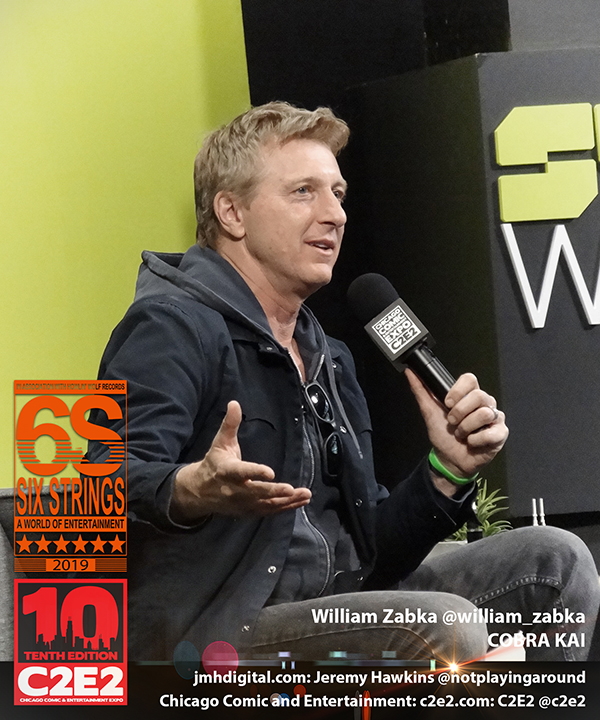 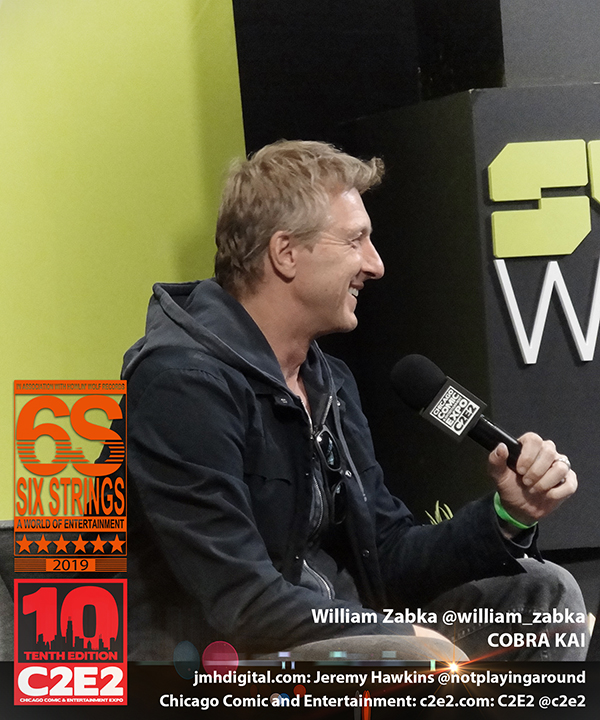 If you’ve always dreamed of attending the biggest geek party in the Midwest, this is your weekend to get wild and cut loose with fellow Chicago nerds. The most epic memories and awesome lasting friendships are forged at Chicago’s home of pop culture… C2E2! [https://www.c2e2.com]
Cobra Kai is an American comedy-drama web television series, based on The Karate Kid film series created by Robert Mark Kamen, that premiered on May 2, 2018, on YouTube Red (now YouTube Premium). The series was created by Jon Hurwitz, Hayden Schlossberg, and Josh Heald and stars Ralph Macchio and William Zabka, reprising their roles from the films, who also serve as co-executive producers. It takes place 34 years after the original film and follows the reopening of the Cobra Kai karate dojo by Johnny Lawrence and the rekindling of his old rivalry with Daniel LaRusso. On May 10, 2018, it was announced that the series had been renewed for a second season of ten episodes that is set to premiere on April 24, 2019

No words here, greatest return of a set of characters in I think in history... prove me wrong!
Jeremy [Six Strings]
@notplayingaround
Hosted by Jeremy [Retro] at 12:00 PM