C2E2 BRINGS "MARVEL AGENTS OF S.H.I.E.L.D." and SIX STRINGS WAS THERE! 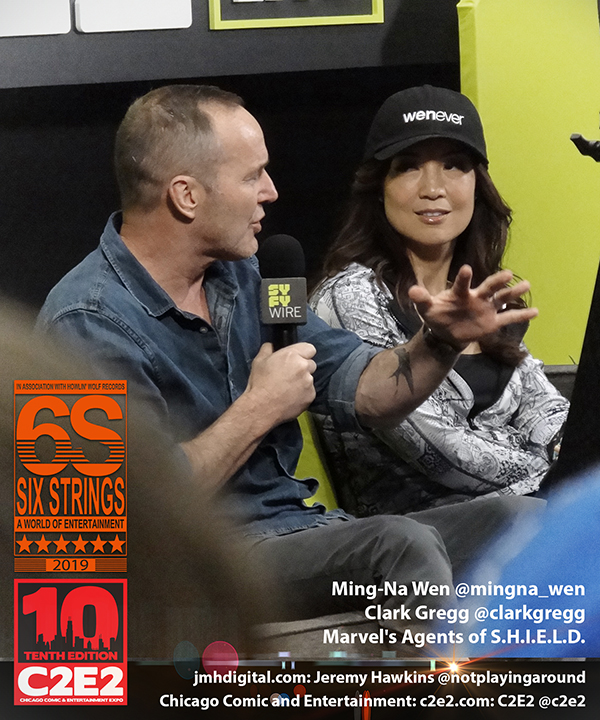 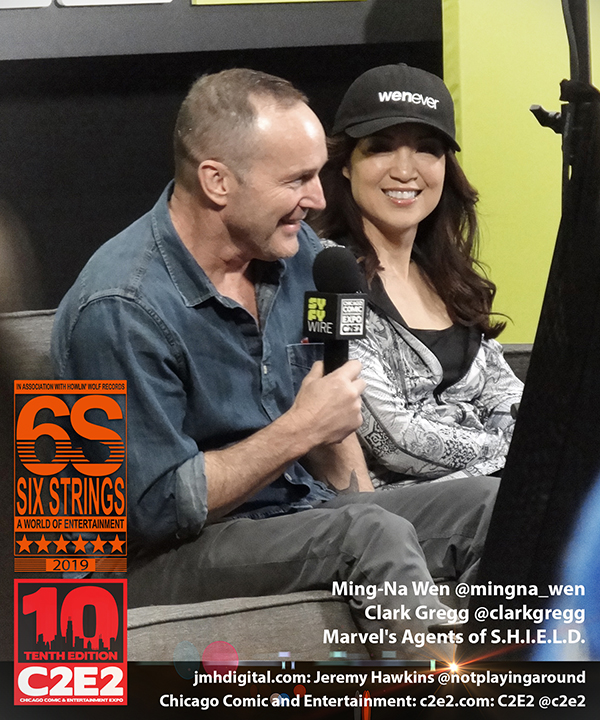 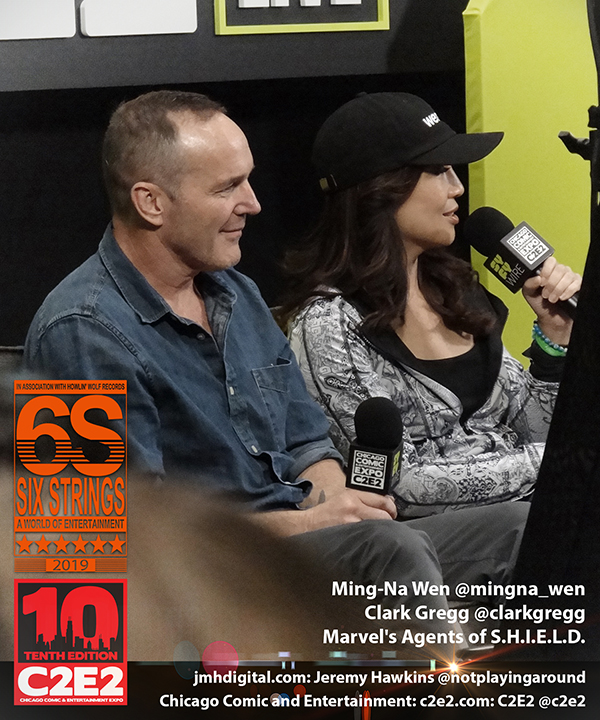 If you’ve always dreamed of attending the biggest geek party in the Midwest, this is your weekend to get wild and cut loose with fellow Chicago nerds. The most epic memories and awesome lasting friendships are forged at Chicago’s home of pop culture… C2E2! [https://www.c2e2.com]
Marvel's Agents of S.H.I.E.L.D., or simply Agents of S.H.I.E.L.D., is an American television series created for ABC by Joss Whedon, Jed Whedon, and Maurissa Tancharoen, based on the Marvel Comics organization S.H.I.E.L.D. (Strategic Homeland Intervention, Enforcement, and Logistics Division), a fictional peacekeeping and spy agency in a world of superheroes. It is set in the Marvel Cinematic Universe (MCU), sharing continuity with the films and other television series of the franchise. The series is produced by ABC Studios, Marvel Television, and Mutant Enemy Productions, with Jed Whedon, Tancharoen, and Jeffrey Bell serving as showrunners.

The series revolves around the character of Phil Coulson, with Clark Gregg reprising his role from the film series, and his team of S.H.I.E.L.D. agents, who must deal with various unusual cases and enemies, including Hydra, the Inhumans, Life Model Decoys, and alien species such as the Kree. Joss Whedon began developing a S.H.I.E.L.D.
I have enjoyed this show for the entire run and for my Clark Gregg as Agent Coulson is one of the best underrated heroes of the entire Marvel Universe. Of course May has his back, so it was another treat to be in the same room with these two. Check out "SYFY" coverage, it's better than what I had shot.

Very cool! I wondered if you went to that. Another blogger buddy did.