The Creative Cortex: "Horror Re-Imagined 2: MURDER BY POSSESSION" Music by D for Disgruntled 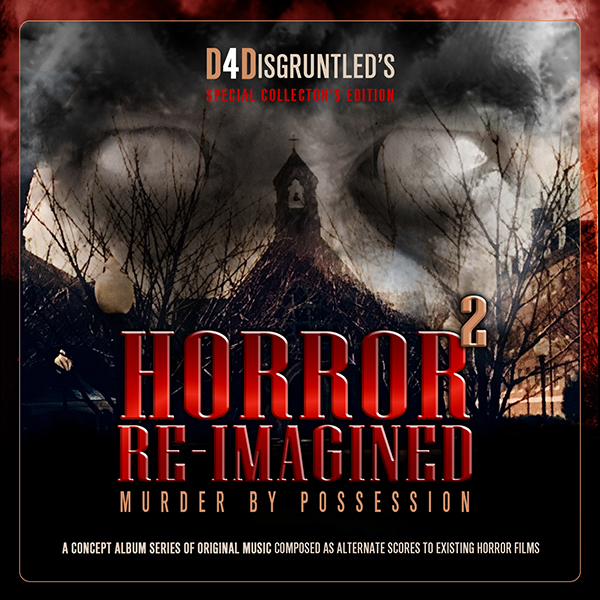 I got the idea to compose my own music to a past film for use as part of my demo reel from film composer agent Richard Kraft (of Kraft/Engel Management). For aspiring composers of media projects who are trying to “break-in” and have little to no professional work in their portfolio, he recommended they re-score a scene or two from a film they liked with their own musical ideas and approach. I expanded upon the suggestion made by Kraft by setting out to compose complete scores to films, specifically horror films for now.

Enter the concept behind my “Horror Re-Imagined” series.

Think back to when bands in the 1970s created concept albums.  They had a narrative story and the musical structure followed that of the narrative. I have essentially done the same except the story I am composing to exists in the form of a movie. I do not have to spend time conceiving a story before writing the music.

From a creative stand-point, the concept album approach allowed for me to tackle not only a larger narrative project but to establish limitations or set of parameters which to work within. I also treated the project as though I had been hired back at the time the film was made and conceived a score that could have been composed at that time as well.

From a business and career stand-point, the concept album serves as a commercial commodity from which to profit while also using it in part or entirely as a demo for submission. It will be evident that a lot of care and thought went into the album’s creation, only elevating the professionalism of the composer and being more attractive to potential media productions.

THIS IS A GREAT BIT OF MUSIC, TAKING US A LITTLE FURTHER INTO A DARKER MADNESS... and it's worth listening too. Good friend of ours, talented eye of "THE CREATIVE CORTEX" company steps out into this musical light. On this second journey we are taken deeper inside the score, getting a rich new feel and at some point getting into the composer's mind. May we encourage you to clicking on the BAND CAMP page and hearing for yourself the out of bound, but within your head. [CLICK HERE FOR MORE INFORMATION]

Email ThisBlogThis!Share to TwitterShare to FacebookShare to Pinterest
Labels: The Creative Cortex