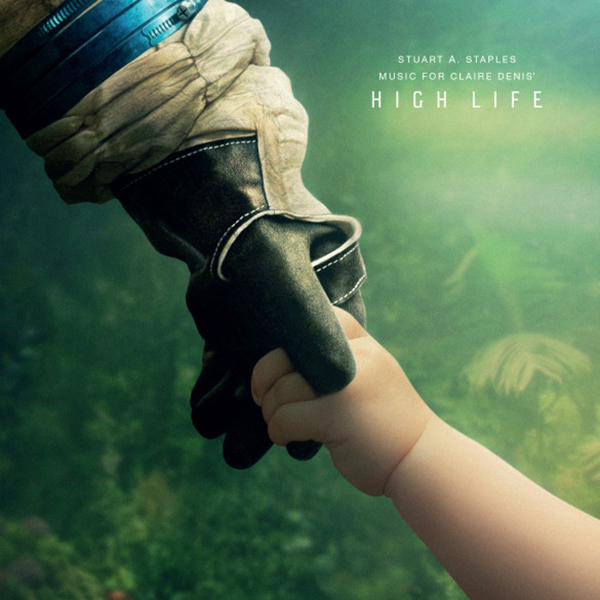 At the helm of ten Tindersticks studio albums and three solo albums, as well as eight film soundtracks for the renowned director Claire Denis, including the latest High Life, for which he was also responsible for the sound design. His work on the film earned him the George Delerue Award for Best Music at the Gent Film Festival, and the score itself is a force to be reckoned with. It's dark, and dripping with layers and disparate instrumentation. The score is set for an April 5th release via Milan Records (North America) and City Slang Records (Europe), and A24 will be releasing the film in New York and Los Angeles on April 5th, with expansion to follow.

Over the last 25 years Tindersticks have been regulars in the concert halls of Europe, recently invited to be part of the inaugural programs of the new Paris and Hamburg Philharmonies, often collaborating with orchestras, guest musicians and vocalists. They have recorded duets with artists from Lhasa de Sela and Mary Margaret O’Hara to Isabella Rosselini and Jehnny Beth.

Their music has been used variously in art installations, dance and theatre projects, fashion shows, numerous films and TV productions, such as The Sopranos. In 2014 Staples and Tindertsicks were commissioned to created the evolving orchestral soundscapes for the In Flanders Fields, WW1 museum in Ypres, Belgium. In that same year his first book of lyrics was published accompanied by paintings by his wife, Suzanne Osborne. Tindersticks last album The Waiting Room (2016) involved a collaboration with the Clermont-Ferrand Short film festival to which Stuart contributed as a filmmaker and curator. In 2017 Staples directed his first film, Minute bodies : The intimate World of F. Percy Smith, in collaboration with the British Film Institute.

In High Life, Monte (Robert Pattinson) and his baby daughter are the last survivors of a damned and dangerous mission to deep space. The crew—death-row inmates led by a doctor (Juliette Binoche) with sinister motives—has vanished. As the mystery of what happened onboard the ship unravels, father and daughter must rely on each other to survive as they hurtle toward the oblivion of a black hole. A staggering and primal film about love and intimacy, suffused with anguished memories of a lost Earth, High Life is a haunting, thrilling achievement from visionary director Claire Denis.

Staples on his new work:

Most of the music for High Life was made before the filming. The conversation with Claire started maybe as far back as 2012. There were many ideas I wanted to explore and I appreciated the foresight of Claire and the producers in offering me support and encouragement to do this. As well as work with usual collaborators Dan McKinna, Neil Fraser and Earl Harvin, this afforded me purely experimental recording sessions with David Coulter, Thomas Bloch, David Okumu, Julian Siegel, Seb Rochford and the BBC singers. Several long sketches / pieces were created from these sessions that the eventual score was formed from or informed by.

I approached High Life with the simple idea of creating a sort of random music, existing in a void –like the constellations themselves –a framework that was always hidden from the musician and that they had only minimal or no information to play or react to as we recorded. The first piece completed was ‘The Yellow light’ for the early Claire Denis / Olafur Eliasson collaborative short film ‘Contact’ (2014). For this, each instrument / part was played into silence with arbitrary start points creating random movements and relationships when brought together. This theme / way of working runs through the entire making of the score for High Life. Musicians generally worked ‘in the darkness’.

For ‘the void’ itself a series of hums and drones were created in the studio -various instruments played, or feeding back, or with their notes Sello taped down, to make the studio space resonate in different keys. These stereo recordings were alive, working and changing within themselves –this approach was informed by my experiences creating the sound installation ‘Ypres’ at the In Flanders Fields WW1 museum in Belgium and the adventure of making this 12th century hall vibrate and resonate with its evolving orchestral score.

And then there was ‘Willow’. a seed of a song shared by myself and Dan Mckinna that eventually grew to be the conclusion of the High Life with Robert Pattinson, the lead actor, singing the song in character to his daughter Willow, a theme that runs through the film.

For the flashback sequences on earth I spent many consecutive nights recording in the rain waiting for the right intensity of heavy drops falling from the guttering of my studio onto the carefully positioned paella pans below.

I felt the score should be intimate and hypnotic. Music made of hands and breath-acoustic instruments, electric guitars, fingertips.