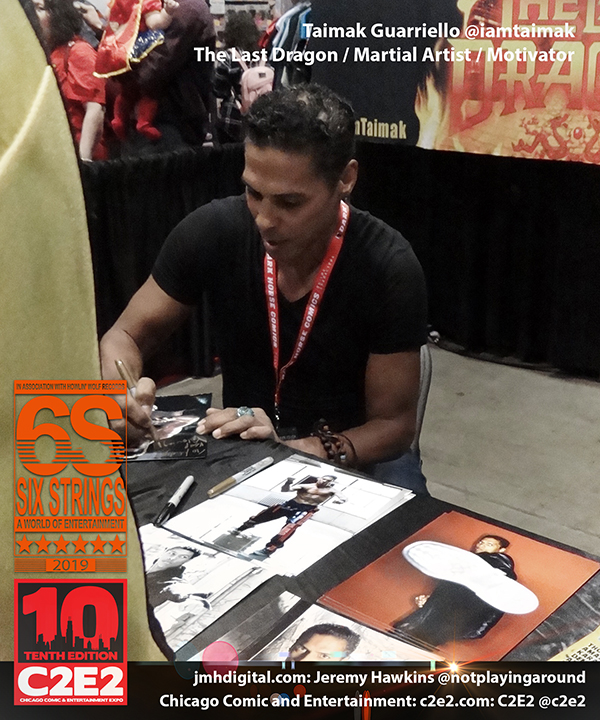 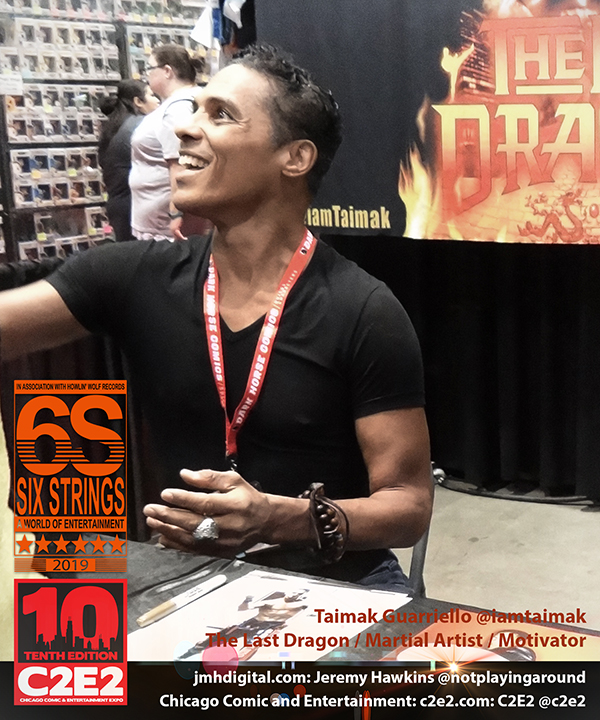 If you’ve always dreamed of attending the biggest geek party in the Midwest, this is your weekend to get wild and cut loose with fellow Chicago nerds. The most epic memories and awesome lasting friendships are forged at Chicago’s home of pop culture… C2E2! [https://www.c2e2.com]
Taimak's leading role in Berry Gordy’s The Last Dragon, in which he played Leroy Green, a Bruce Lee-inspired martial artist in search of "The Glow", was his first major break in acting. The film was a financial success and grossed more than $25 million at the box office. In addition to his acting career, Taimak operated a gym on the Manhattan's East Side in New York city called Fitness Concepts, that he opened in 2002. However, due to time constraints, he has since parted ways with the partner but may reconsider re-opening another gym in the future. In the interim, Taimak completed Taimak FIT (Find Inner Transformation) the first installment of a series of fitness DVDs. He is an accomplished martial artist and has received black belts in Goju Ryu Karate, Jeet Kune Do, Wing Chun, Hapkido, Jujutsu, Taekwondo & Brazilian Jiu-Jitsu. He studied Chinese Goju under "The Black Dragon", Ron Van Clief.
He was right there, I could have talked with him... I had my celeb jitters.
Jeremy [Six Strings]
Hosted by Jeremy [Retro] at 2:25 PM