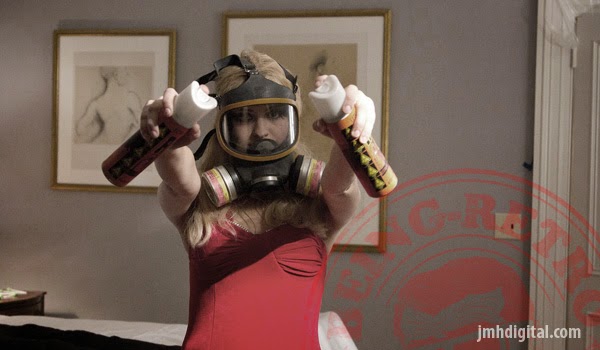 On October 7th, Brain Damage Films will release Creeping Crawling, an entomophobia-inducing horror anthology featuring three tales sure to make viewers bug out.  DVD availability is set to include many retailers and websites including Amazon, as well as rental chains including Family Video.  VOD availability will include all major and minor cable/satellite operators and internet platforms. 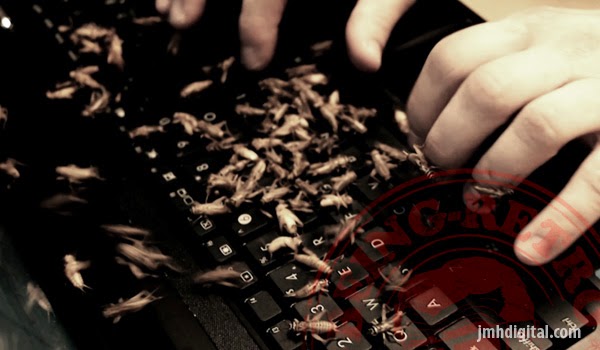 You live with them, you feed them, you fear them. Creeping Crawling is an anthology featuring three tales of terror centered around things that go slither in the night.  Doug and Allison have a paper due and they're hoping an eccentric entomologist will be the lynch pin to a passing grade.
They get more than they bargained for when Dr. Tarkovsky tells them the story of GRUBBERY and the lengths supermodel Denver will go to in order to keep her figure. Denver's best friend Ginger introduces her to age old dieting wisdom as her boyfriend Rick witnesses her eaten away by her own vanity. 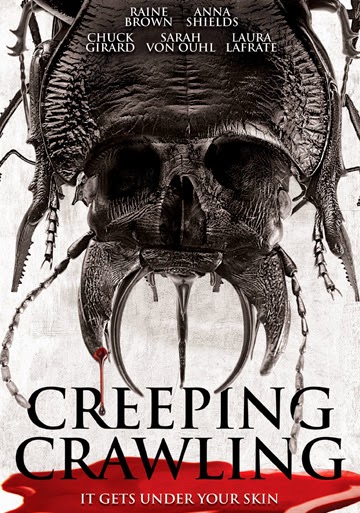 RID introduces Dori, a beautiful young girl who desperately needs money and poses as a nurse hired to take care of a comatose patient. While staying in the Gothic mansion, she begins to unravel as something feasts upon her while she sleeps.

Dr. Tarkovsky's final cautionary tale centers around Bailey. In BUGGER, the lonely man navigates love online. He can't seem to find a woman who shares his six legged obsessions. A co-worker has her doubts about his motives, as a serial killer is at large.