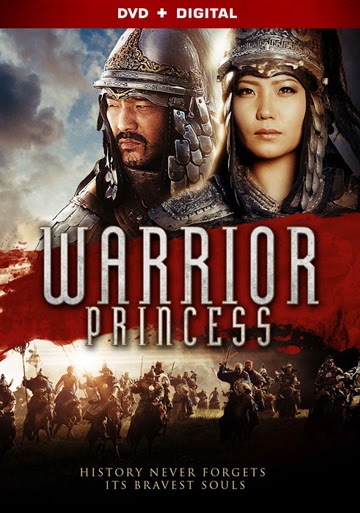 Experience the true test of honor and sacrifice when Warrior Princess arrives on DVD (plus Digital), Digital HD and Video On Demand September 16 from Lionsgate Home Entertainment. In this action-packed tale of heroism, Warrior Princess is inspired by the true story of Queen Ahno of Mongolia, who gave her life to save her husband and sons in battle.

After a country’s prince is slain, his brother is forced to take his place as leader of the army. With a new bride - Queen Ahno - promised from a rival land, the king takes up the task of uniting the empire. When the queen’s father begins to question the new king’s motives, she is forced to choose sides as war threatens their countries. With no peace in sight, the king's life is threatened, and Queen Ahno is forced to make the ultimate sacrifice to protect both her husband and her new country.

Not to be confused with that other warrior princess... I really enjoy these types of films, but you know that by now!
Jeremy [Howlin' Wolf]
Hosted by Jeremy [Retro] at 1:30 AM