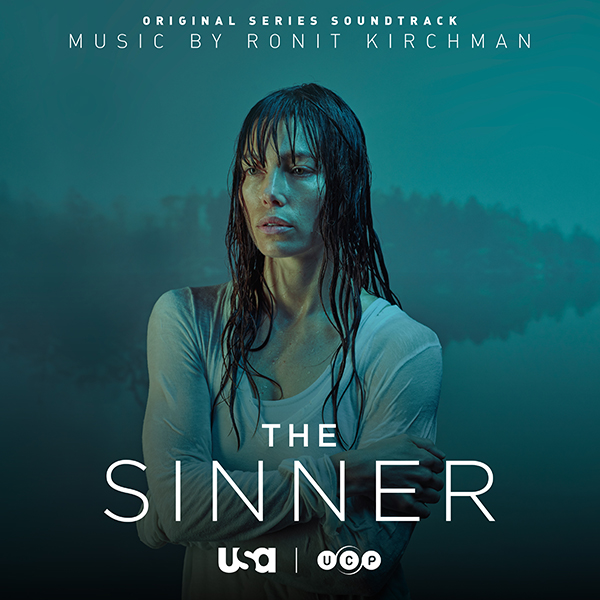 An eight episode close-ended series, The Sinner follows a young mother (Jessica Biel) who, when overcome by an inexplicable fit of rage, commits a startling act of violence and to her horror has no idea why. The event launches an inverted and utterly surprising crime thriller whose driving force is not the “who” or the “what” -- but the “why” -- as an investigator (Bill Pullman) finds himself obsessed with uncovering the woman's buried motive. Together they travel a harrowing journey into the depths of her psyche and the violent secrets hidden in her past.

ABOUT RONIT KIRCHMAN... Ronit Kirchman is a composer, music producer, songwriter, singer, and multi-instrumentalist. She composes music for film and television, theater and dance, multimedia installations, and the concert stage. She is also an accomplished visual artist and author.

Ronit is the composer for the riveting Golden Globe-nominated dramatic series The Sinner (USA Network). In response to its hit ratings and critical acclaim, The Sinner has been renewed for a second season which will air later in 2018. Ronit's widely varied film scores include the feature films Zen and the Art of Dying, Finding Neighbors, and The Skin I'm In, as well as The Golden Age of Fish, Say You Love Me, and Gowanus, Brooklyn among many others.

Kirchman is known for her impressive stylistic breadth, depth, and originality, as well as a unique cross-disciplinary understanding of storytelling and creative collaboration. Ronit is the first-ever recipient of the Sundance Institute Time Warner Foundation Fellowship in Film Music, and has also been awarded the Sundance Composers Lab and Documentary Composers Lab Fellowships, BMI Conductors Fellowship, and a Subito grant from the American Composers Forum.

Ronit is an innovative violinist known for her virtuosity, continually expanding stylistic palette, and sonic range. She began playing at the age of four, and trained with some of the world’s finest violinists, including Erick Friedman, the protégé of Jascha Heifetz, and Zvi Zeitlin. In addition to the violin, Ronit plays an electric 7-string violin which extends below the cello range. She performs as a singer, guitarist, and on various other stringed instruments as well as computers, electronics, and percussion. Recent solo violin performances by Ronit can be heard on the scores for The Finest Hours, Now You See Me, Jessabelle, and the Emmy-nominated Ring of Fire, among many others.

Kirchman’s theater music scores include Stop Kiss in Los Angeles (2011), a chamber opera, and productions with the Lincoln Center Theater Directors’ Lab, Target Margin Theater, and Peculiar Works in New York City. Her concert works include Reparts, an orchestral piece premiered by the New Century Players of Los Angeles, and Departures, which pairs a jazz ensemble with live audiovisual computer instruments using the narrative of Casablanca and visual film elements as the framework for improvisation.

Ronit is also a pioneer in re-imagining film scores for live performance in her ongoing Remix Anatomy series, with performances sponsored by FilmForum Los Angeles and the Sundance Institute. Ronit’s soundtracks and composition albums are commercially available through Wild River Records.

Ronit has been a guest lecturer at CalArts and Occidental College, as well as festivals such as FMP/Berlin, on various topics including film scoring, narrative and movement-based approaches to musical improvisation, Feldenkrais, and performance practice. Ronit graduated magna cum laude from Yale and holds an MFA in Composition/New Media from California Institute of the Arts. As an alumna of the Sundance Composers Labs, Ronit has returned to the lab several times to contribute her talents as a creative advisor, making herself available for collaboration in recording sessions and highlighting some of the potentials of working with creative musicians on narrative projects.

Born and raised in NYC, Ronit currently resides in Los Angeles with her husband and two children.