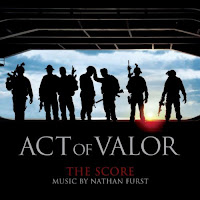 On the heels of a #1 box office hit, ACT OF VALOR composer Nathan Furst is quickly gaining recognition as one of Hollywood’s elite young composers. Nathan began writing music at a young age, teaching himself piano and other random instruments.  After attending Los Angeles County High School for the Arts (LACHSA), Nathan left College to accept offers to score films and television episodic projects.

An early assignment was composing the epic orchestral score of the BIONICLE trilogy for Miramax Pictures.  However, It would be the 2005 feature film DUST TO GLORY that would begin a prolific relationship with the Bandito Brothers and ACT OF VALOR co-director, Scott Waugh. Nathan has composed over 40 Film and Television projects, many for Bandito Brothers.
Released in early 2012, ACT OF VALOR debuted at #1 in the box office, and has earned over $80 million worldwide to-date, contributing to the highest grossing February B.O. of all time (2012).
Nathan has developed a reputation for seamlessly blending world instruments and soundscapes with memorable and compelling themes surrounded by the strength and elegance of a symphony orchestra.  This signature style has garnered Nathan with three nominations for his outstanding original film and television compositions.
5/5 It has it's subtle moments and then kicks into a triumph piece of score music... down right an epic release!
-Jeremy [Retro-Zombie]
Hosted by Unknown at 12:02 AM