Screaming in High Heels: The Rise & Fall of the Scream Queen Era


Summary: Three girls living in Los Angeles, CA, in the 1980s found cult fame when they "accidentally" transitioned from models to B-movie actresses, coinciding with the major direct-to-video horror film boom of the era. Known as "The Terrifying Trio," Linnea Quigley (The Return of the Living Dead), Brinke Stevens (The Slumber Party Massacre) and Michelle Bauer (The Tomb), headlined upwards of ten films per year, fending off men in rubber monster suits, pubescent teenage boys, and deadly showers. They joined together in campy cult films like Sorority Babes in the Slimeball Bowl-O-Rama (1988) and Nightmare Sisters (1987). They traveled all over the world, met President Reagan, and built mini-empires of trading cards, comic books, and model kits. Then it all came crashing down. This documentary remembers these actresses - and their most common collaborators - on how smart they were to play stupid. 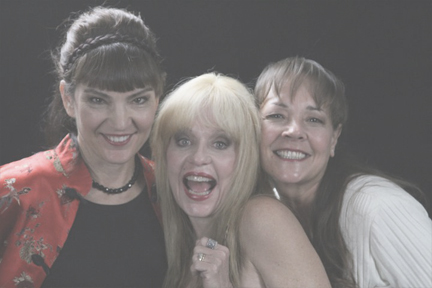 5/5 - Great memories are brought to life when I was watching this Documentry, I always had a special place in my heart for horror films and that goes for these three ladies. You can see all the dedication and respect these women had for their craft... making it great for us, the fans. I in my life time got to meet two of these ladies at some say "was the height of their respective careers", I believe that they are still welcome for my generation and the next. 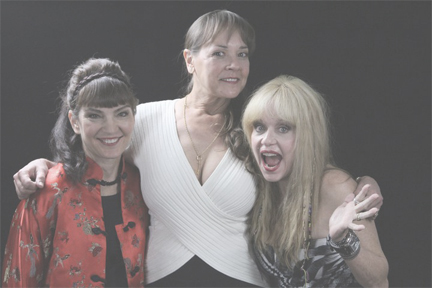 Each telling us their side of what happened with the help of several names in the industry who changed the way we looked a films, giving it the appropriately known as the "B" Film. It's a look back at these films and we get to look into the lives of these women as they share memories, clips and personal stories that makes them who they are. They still are the original "Scream Queens" that will bring you to laugh, cringe and smile...
Show them your respect, they have earned mine!
-Jeremy [Retro-Zombie]
----------------------
Hosted by Unknown at 2:02 AM

This is in my instant queue on Netflix! I cant wait to give it a watch. :P