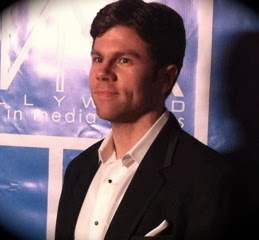 
The Hollywood Music In Media Awards (HMMA) recognize and honor the music of visual media including film, television and video games, as well as the music of artists from around the globe. The awards ceremony was held on November 21 at the Fonda Theatre in Hollywood.

"I was honored to receive the Best Video Game Score award at the 2013 Hollywood Music In Media Awards for PlanetSide 2," said Jeff Broadbent. "Working with Sony Online Entertainment was a fantastic experience and I feel very privileged to have composed music for this landmark online video game. My sincere gratitude goes out to Sony Online Entertainment and the Hollywood Music In Media Awards."

Jeff Broadbent is a Hollywood Music in Media Award and Global Music Award winning composer whose passion for music and sound has found expression with video games such as PlanetSide 2, LEGO Legends of CHIMA Online, TRANSFORMERS: Dark of the Moon, and I Am Alive. Broadbent's classical training with the orchestra (Master's in Composition) and film scoring (UCLA program) combined with technical expertise and cutting-edge technology allow him to compose with cinematic quality for a variety of diverse genres. In addition to scoring video games, Broadbent's music features on primetime television networks such as CBS, MSNBC, Discovery Channel, National Geographic and VH1. His latest projects include the hybrid trailer music album, "Enemy Below" released on Position Music (with music appearing in an upcoming Jack Ryan film trailer) as well as scores for the upcoming video games, Tom Clancy's EndWar Online and EA's Dawngate. For more information, visit www.jeffbroadbent.com.

Hailed by PC Gamer magazine as "The most ambitious shooter ever", PlanetSide 2 is a free-to-play game where players battle in massive environments alongside and against thousands of players engaging in intense air and ground combat that spans the alien planet of Auraxis. In PlanetSide 2, players choose to enlist in one of three unique Empires, each having their own distinct sonic approach. The imperialistic Terran Republic features authoritarian orchestra and choir, recorded by the Northwest Sinfonia. The rebellious New Conglomerate is represented by a unique fusion of blues, rock, and modern percussion. The alien-aligned Vanu Sovereignty showcases an eclectic blend of cutting-edge electronics, ethnic wind instruments, and haunting exotic vocals.

PlanetSide 2 takes all the groundbreaking features from the original game - massive multiplayer battles, distinct empires to rally around, and enormous continents where intense ground and air combat unfold - and adds features that modern gamers have come to expect of the FPS and MMO genres. PlanetSide 2 offers a truly competitive and visceral first-person shooter experience with massive warfare, massive customization and massive community. PlanetSide 2 ESRB Rating: TEEN with Violence. PlanetSide® is a registered trademark of Sony Online Entertainment LLC. For more information visit www.PlanetSide2.com.