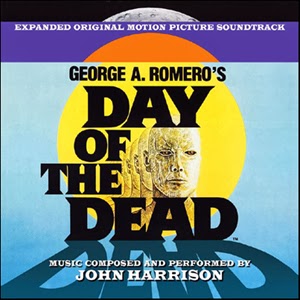 DAY OF THE DEAD (2Cd)
Music by: John Harrison
LIMITED EDITION OF 3000 UNITS

Never late when it comes to scary/horror film scores, this is a great score waiting to have it's release and here it is. It is something you should own and enjoy for every holiday that you might choose, seriously it is a masterpiece meant to make you be afraid what might hide behind that door.
Jeremy [HWR:OLM]
Hosted by Jeremy [Retro] at 11:09 AM