The Hobbit: The Desolation of Smaug [2013] - Howard Shore 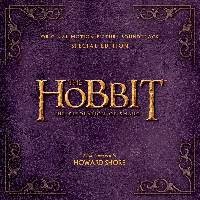 THE HOBBIT: THE DESOLATION OF SMAUG 2 CD
SET DUE DECEMBER 10TH
FROM WATERTOWER MUSIC


(November 5, 2013 – Los Angeles, CA) – WaterTower Music today announced details of the soundtrack to “The Hobbit: The Desolation of Smaug,” a production of New Line Cinema and Metro-Goldwyn-Mayer Pictures (MGM), the second in a trilogy of films by Academy Award®-winning filmmaker Peter Jackson adapting the enduringly popular masterpiece The Hobbit, by J.R.R. Tolkien. The soundtrack will be released on December 10, 2013, three days before the December 13 release of the film, and will be available both digitally and as a 2 CD set. A Special Edition soundtrack, featuring twelve extended tracks, a bonus track, expanded liner notes and interactive sheet music will also be available. Fans will be able to preorder the album at both iTunes and Amazon on November 5.

The Hobbit: The Desolation of Smaug Original Motion Picture Soundtrack features the music of Howard Shore, one of film music’s most respected, honored, and active composers and conductors. "I’m looking forward to introducing you to Smaug," exclaimed Shore, who previously worked with director Peter Jackson on The Lord of the Rings Trilogy and on The Hobbit: An Unexpected Journey.

Jackson added, "Howard Shore's music soars and enriches way beyond its connection to our images, a unique sound like no other. He truly has created an epic musical world of his own. "
Shore’s music for The Lord of the Rings Trilogy has been performed in numerous concerts internationally. In 2003 he conducted the New Zealand Symphony Orchestra and Chorus in the world premiere of The Lord of the Rings Symphony in Wellington, New Zealand. Since then, the work has been performed nearly 300 times by the world’s most prestigious orchestras, and has been the subject of a book, The Music of The Lord of the Rings Films: A Comprehensive Account of Howard Shore's Scores. 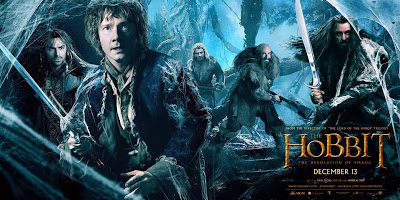 Howard Shore’s music for The Lord of the Rings Trilogy stands as his most towering achievement to date, garnering three Academy Awards® for his music for those films, two for Best Original Score, and one for Best Original Song. Shore has also won numerous other honors for his film work, including four Grammys and three Golden Globe Awards, the Career Achievement for Music Composition Award from the National Board of Review of Motion Pictures, New York Chapter’s Recording Academy Honors, ASCAP’s Henry Mancini Award, the Frederick Loewe Award and the Max Steiner Award from the city of Vienna. He holds honorary doctorates from Berklee College of Music and York University, and is an Officier de l’ordre des Arts et des Lettres de la France and the recipient of the Governor General’s Performing Arts Award in Canada.
Included on the soundtrack is I See Fire, a new song created for the film by Ed Sheeran, the 22-year old British singer/songwriter and multi-platinum global phenomenon who was nominated in the prestigious “Song of the Year” category at this year’s 55th Annual Grammy Awards. Sheeran is also a two-time BRIT Award winner and recipient of the highly esteemed Ivor Novello award for best song musically and lyrically in the UK." “It was such an honor working with Peter Jackson on this song," Sheeran says. "Not only is he one of my favorite directors of my favorite films, The Hobbit was the first book I ever read as a child, so it means a lot that I get to produce music for the motion picture.”

Elaborating on the collaboration with Jackson, as well as filmmakers Fran Walsh and Philippa Boyens, Sheeran stated, “I was allowed complete freedom to create what I thought was fitting for the film, which is very rare, and Peter, Fran and Philippa were always on hand to give notes and pointers. The entire team down in New Zealand was out of this world. The film is amazing, I'm still geeking out that I've done a song for a Peter Jackson film set in Middle-earth!”

"Ed Sheeran is a true Tolkien fan, and also happens to be a brilliant singer-songwriter,” offered Peter Jackson. I See Fire is Ed's emotional response to the film. It's perfect."

“It is an honor to once again work with the tremendous Howard Shore, who has created the musical voice of Peter Jackson’s iconic The Hobbit and The Lord of The Rings films from the beginning,” stated WaterTower Music head Jason Linn. “And we are thrilled that the stars aligned for this collaboration with Ed Sheeran and his truly inspired original song for our soundtrack. WaterTower anticipates another exciting and successful soundtrack journey with these two exceptional musicians.”

The Hobbit: The Desolation of Smaug Original Motion Picture Soundtrack will be released on December 10, 2013.

Will have to pick it up. We have the other four he did for Tolkien movies.

Great review, J-man! I don't like Ed Sheeran's song, think it is too monotonous and mediocre and is no match for unbeatable Enya's MAY IT BE from LOTR soundtrack.