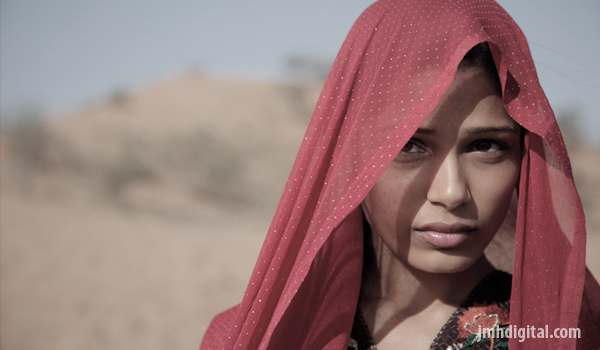 Caldera Records is proud to present the original score for the movie Trishna from 2011, directed by Michael Winterbottom. The movie is loosely based on the famous novel Tess of the d'Urbervilles by Thomas Hardy which was already filmed in the late 70s by Roman Polanski. Winterbottom decides to let the story take place in India where a working class girl falls in love with a businessman. Although they have mutual feelings, it seems impossible to pursue their happiness due to their different traditions and upbringings. Their struggle is put into notes by Shigeru Umebayashi (2046, House of Flying Daggers) who delivers probably the saddest music of his outstanding career. His soundtrack consists of several themes for string orchestra. While the waltz for Trishna works as a homage to Umebayashi's famous piece for Wong Kar-Wai's In the Mood for Love, his theme for Trishna and Jay and the heartfelt main theme run through the album in elegant variations, showing the emotional struggle of the films main characters. The ninth CD-release of Caldera Records features a detailed booklet-text by Gergely Hubai and elegant artwork by Luis Miguel Rojas. The CD was produced by Stephan Eicke and John Elborg.

Stunning, one of my favorites this year!
Jeremy [The Wolf]
Hosted by Jeremy [Retro] at 12:00 AM