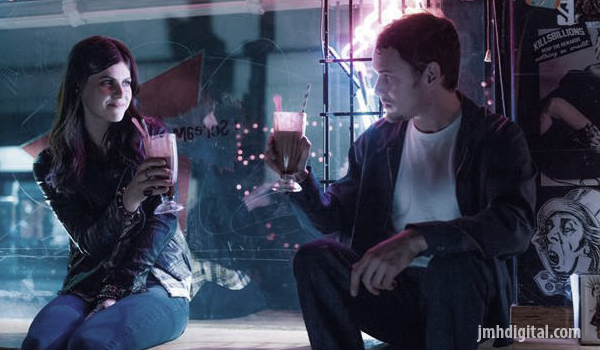 Lakeshore Records will release the BURYING THE EX – Original Motion Picture Score, featuring the original music composed by Joseph LoDuca (EVIL DEAD Trilogy, SPARTACUS) and a bonus track “Poison Love” by Electroillusion, which was featured in the film’s trailer.  The recording will be released digitally on June 16th and on CD August 14, 2015.

In addition, the label will be releasing a special EP, featuring the songs from the film, digitally on June 16, 2015.  The BURYING THE EX – Original Motion Picture Soundtrack EP, is a 6-track EP with songs by Chantal Claret, Zachary Kibbee, Far Too Loud, TaDa and two tracks from The Kobanes.


In Burying the Ex, a new film from visionary director Joe Dante, a twenty-something’s romance with his dream girl takes an unexpected turn when his dead ex-girlfriend rises from the grave and thinks they’re still dating. Seamlessly merging classic horror with screwball comedy and a poignant romance, Burying the Ex is a radically unique spin on the zombie genre.

“As a composer who regularly gets invited along for the ride on horror projects, I can describe my experience on BURYING THE EX in two words: BIG FUN. No one does horror/comedy better than Joe Dante,” said LoDuca.

Joseph LoDuca’s life-long love affair with music began with deep rock and jazz roots coming up through the rich music scene in the Motor City; to university studies of composition and guitar in New York; expanding further to absorb the musical languages of the Middle East, India, and Asia, finding fresh contexts for ancient sounds. “I understand the language of music and how to apply it to storytelling. What excites me is being able to inject who I am and what I discover every time I work closely with a filmmaker,” LoDuca said. 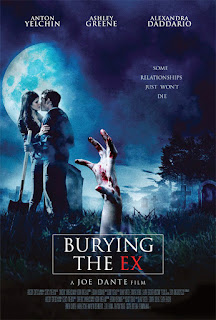 He began his film career scoring director Sam Raimi’s Evil Dead Trilogy, and has continued that relationship through the top-rated television series Spartacus, Hercules: The Legendary Journeys, and Emmy winners The Legend of the Seeker and Xena: Warrior Princess.

There were a few key steps I needed to dance along with this horror/comedy mash up,” explained LoDuca about his work on BURYING THE EX.  “The first was to stay true to the grand history of genre music, while making the actual scares truly scary. Finally we needed a magical, seductive, doomed-love theme for our protagonists. What better than a Gypsy violin? This is highlighted wonderfully by Aaron Ashton’s virtuosic display on the Main Title. In the end, I hope you have as much fun watching and listening as I did making this music.”

###
http://www.lakeshore-records.com/
Just Announced!
Jeremy [The Wolf]
Hosted by Jeremy [Retro] at 2:30 AM