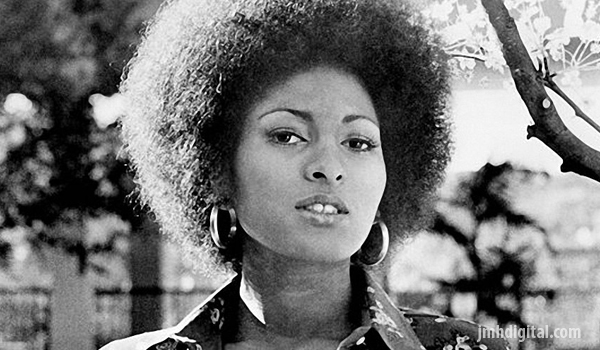 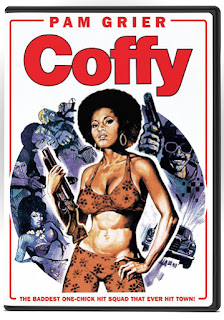 Coffy is a one-woman vigilante force, out to even the score with those that have hooked her sister on drugs. Using her feminine wiles (along with deadly weaponry), Coffy sets about ridding the streets of low-life drug dealers, pimps, deviants and society’s scum in the kick-ass action film Coffy.

Foxy Brown (Pam Grier, Coffy, Jackie Brown) is “a whole lot of woman” and more. Just you wait and see. 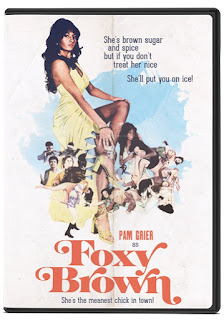 Seeking revenge for the murder of her government-agent boyfriend, a government-agent, Foxy goes to any means necessary - even posing as a prostitute to infiltrate a modeling agency that’s a cover for sex trafficking - to bring the killer to justice.


Based on the syndicated newspaper comic strip of the same name, Grier stars as intrepid photojournalist Friday Foster. No sooner has she been warned by her boss that her personal involvement in the stories she’s shooting will not end happily, Friday witnesses the attempted assassination of a prominent African-American figure and the murder of a friend. 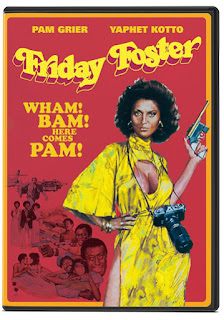 Why is Friday the target on the hit list? What does she know? Teaming with private detective Colt Hawkins (Yaphet Kotto, Alien, Blue Collar), the search for answers will lead them to a startling and action-packed finale.

I do love Pam Grier and she's aged well! Good to see her on Blu-Ray