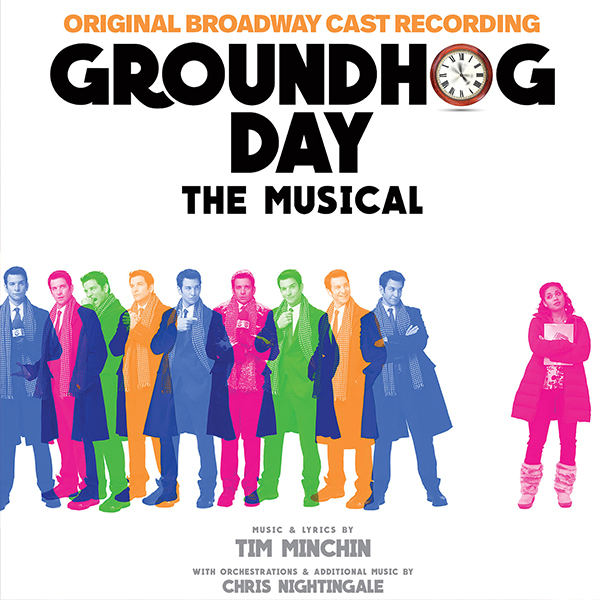 The Broadway premiere of Groundhog Day, the Olivier Award-winning new musical featuring music and lyrics by Tim Minchin and a book by Danny Rubin, and directed by Matthew Warchus, is now playing at the August Wilson Theatre (245 West 52nd Street), after opening earlier this week to rave reviews.

Meet Phil Connors (Andy Karl), a disgruntled big-city weatherman mysteriously stuck in small-town America reliving the same day over and over and over again—with no consequences, no regrets, no tomorrows, and no hangovers. But once he starts getting to know associate TV producer Rita Hanson (Barrett Doss), he discovers it’s a day of second, third and fourth chances.

Based on the iconic film, Groundhog Day is re-imagined by the award-winning creators of the international hit Matilda The Musical—including director Matthew Warchus and songwriter Tim Minchin—with a book by original screenwriter Danny Rubin. Starring Olivier Award winner and two-time Tony Award® nominee Andy Karl, Groundhog Day is the new musical comedy about living life to the fullest, one day at a time. Tickets are on sale at www.ticketmaster.com, by telephone at (800) 745-3000, and at the August Wilson Theatre box office.

Groundhog Day features Andy Karl, who stars as Phil Connors in the Broadway production, following his celebrated performance in the show’s well-received London’s production at The Old Vic last summer, and newcomer Barrett Doss (You Can’t Take It With You, Burning at The New Group) as Rita Hanson.

Groundhog Day is produced by Whistle Pig, Columbia Live Stage, and The Dodgers, with Michael Watt.

The 1993 Columbia Pictures film, with a screenplay by Danny Rubin and Harold Ramis, based on a story by Rubin, and directed by Ramis, starred Bill Murray. Now widely regarded as a contemporary classic, Groundhog Day was cited by the Writers Guild of America as one of the 101 Greatest Screenplays ever written and in 2000 was voted by readers of Total Film as one of the ten best comedies of all time.

The musical was first performed at The Old Vic in London on Wednesday, July 20, 2016.