Beoga "Before We Change Our Mind" 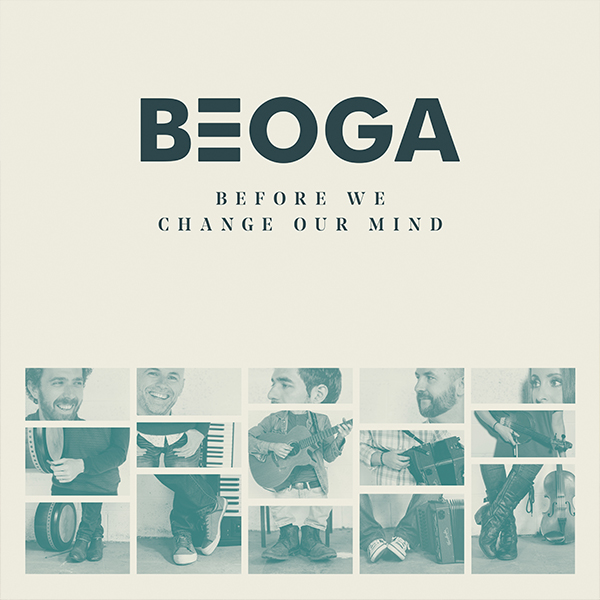 Ed Sheeran has disclosed that Irish band Beoga lived and jammed with him while working on his upcoming third album. Whilst working with the global superstar, the band were also finalizing the mix of their own 5th studio album, Before We Change Our Mind. The album, just released last Friday (3/10) is the US, has already been showered with critical acclaim in the UK.

Speaking last night on BBC Radio1, Sheeran announced "They're called Beoga.........when I was hanging out with these guys I realised ...folk music is in all of us". Speaking of the collaboration he said "I've always wanted to do this but I've never really known a really good folk band....They're Foy Vance's mates from Northern Ireland and they came and stayed at my house.... It's amazing having musicians of that calibre living in your house" "They're always playing music and they always want to have a jam and sit round and drink Bushmills whiskey, and fiddle, it's really special ..... they're really good"

Limerick fiddle player and vocalist Niamh Dunne says "We did two songs with Ed but I can't tell you anymore! I'm sworn to secrecy! We jammed on one song and we co-wrote another which was amazing. The whole thing came together very naturally. I'd say the songs could be described as folky."

According to Bodhrán player Eamon Murray the opportunity to record came about quite organically "Our pal and fellow Northerner, Foy Vance is on Ed Sheeran's record label and they'd  been listening to a couple of our tracks on tour. When it came to making a new album, Ed himself reached out and asked if we'd like to be involved, and we said aye!"

The Antrim-based five piece, who have played shows all over the world, joined Sheeran at his recording studios in Suffolk last June to record two tracks, one about Galway and one about Wexford, where Ed has strong family roots. "We went over and the weather was gorgeous and we just had a great time," said Niamh. "We had a few beers and just hung out and it was just very relaxed. When we first met Ed, it was `oh my god!' because he's so recognizable but after that, it was just like getting to know a fellow musician really. He was great craic."

Sheeran is already well-known for his love of Irish trad and folk. He has said that one of his earliest musical memories is listening to the Irish Heartbeat album by Van Morrison and The Chieftains and he is also a fan of The Bothy Band and Planxty. Frontman Eamon Murray is also keeping schtum
about the release date of Sheeran's new record and downplayed the fact that Beoga are about to be a big part of what is sure to be a number one album across the world.  "We just feel massively privileged to have a break like this. We've always made a living from music so who knows where this will take us." he said.

Co-hosting the BBC Radio 1 Breakfast Show on Friday last, Sheeran described the album as "schizophrenic" with "lots of different sounds" and confirmed to host Scott Mills that an Irish folk group feature on the record. "They're called Beoga," said Sheeran. "They're from Northern Ireland; they are really, really talented. They came to my house to stay and we made some songs. Two of them have made the record. It's jammy, it's folky." In a recent interview he said, "I've actually got a song on the new album which I think is really gonna explode in Ireland. It would be something to do with county Galway."

The bedrock of the Beoga sound lies firmly within the Irish tradition. However, they are not afraid to incorporate other genres' nuances into their music. From bluesy riffs to Astor Piazzola style jazz, to a raunchy New Orleans jamboree vibe, their music always returns to a wonderfully bouncy Irish sound.

Before We Change Our Mind, their 5th studio album, is a record that has surely positioned them at the arc of Irish traditional music's new wave. Under the stewardship of producer Michael Keeney (Foy Vance & Ed Sheeran, Lisa Hannigan & Bonnie Rait), recording was undertaken with live takes where possible, resulting in a refreshing and ebullient feel, while losing none of the polish or veracity of previous efforts.  "After playing together for 13 years, we tried a new creative process this time and it worked great... we're delighted with the whole album" says Niamh Dunne .

Confirming their reputation for innovation, all seven instrumentals on the album are original compositions from the band. In a departure from previous recordings the songs draw more on the folk song tradition with "The Bonny Ship the Diamond" drawn from the vast repository of the godfather of folk Ewan McColl, alongside the Tommy Makem classic Farewell to Carlingford and Wexford Town, a song long associated with the travelling singer Pecker Dunne - incidentally a relative of Niamh's. "It's five years since our last studio album and the material feels strong with a new sense of balance" says Eamon Murray.

With guest appearances from such luminaries as Stephen McCartney & Rachel Coulter (Farriers) and The Arco String Quartet (Villagers, Duke Special) it's no surprise that the sound that has been achieved is euphonic, tuneful, cinematic, even symphonic at times, yet it never loses that unique Beoga voice which was forged all those years ago at the Fleadhs and sessions in County Antrim and further afield.