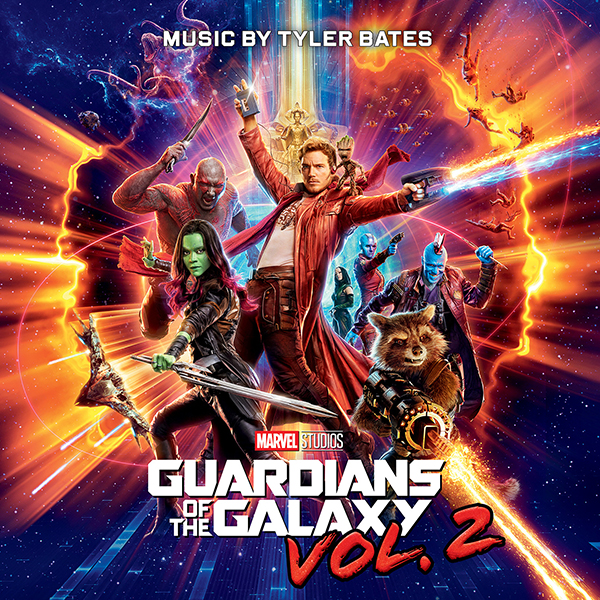 “Guardians of the Galaxy Vol. 2” is filled with great action, humor and performances, but it is also infused with a new mixed tape and soundtrack, a dynamic that resonated deeply with audiences in the first film as evidenced by the success of the soundtrack album.  The Grammy®-nominated “Guardians of the Galaxy” soundtrack reached No. 1 on the U.S. Billboard 200 chart, becoming the first soundtrack album consisting entirely of previously released songs to top the chart. The album was certified Platinum by the R.I.A.A.

Guardians of the Galaxy Vol. 2: Awesome Mix Vol. 2 is a collection of 14 songs and once again, music plays an important role in the telling of the story.   In an exclusive interview for Rolling Stone Magazine, director James Gunn provides commentary for each track on the album.

Director James Gunn explains, “We had Awesome Mix Volume 1 last time, and this time we have Awesome Mix Volume 2. It was so important that it’s actually part of the film’s title this time around. As most people know, Quill’s mom made the first tape for a slightly younger boy, and she made the second tape for a slightly older boy. So, in many ways the songs reflect the story.”

On the importance of the score in the film, which often gets overlooked in a film heavy with popular songs, James Gunn adds, “The one thing that is underappreciated is how important Tyler Bates’ score is to the first film,” says the director.  “We still use the score from the first movie while shooting this film and it doesn’t get the respect it deserves because it gets so overshadowed by the soundtrack. There’s some beautiful score on that first soundtrack, and I know that the music we’ve written for the second film is even better than what we did for the first film. Tyler Bates has absolutely outdone himself, and we’re giving something very special to people with the music in this film, both the pop songs and the actual score.”

Gunn and composer Tyler Bates worked on the score during pre-production so that they would have some of the major score themes worked out before the shoot began. This allowed Gunn, the actors and the camera crews to work with the music that will end up being used in the final film.


You don't need me to tell you, this is going to be a great film, soundtrack and score!
Jeremy [Six Strings]
Hosted by Jeremy [Retro] at 11:21 AM