Death Waltz Recording Co. (A division of Mondo Tees) has announced the release of THE DEVIL’S CANDY – Original Motion Picture Score via Bandcamp/iTunes/Spotify and LP in May. The original score was composed by Michael Yezerski (ONLY THE DEAD SEE THE END OF WAR, A PLACE TO CALL HOME, we don’t belong here). 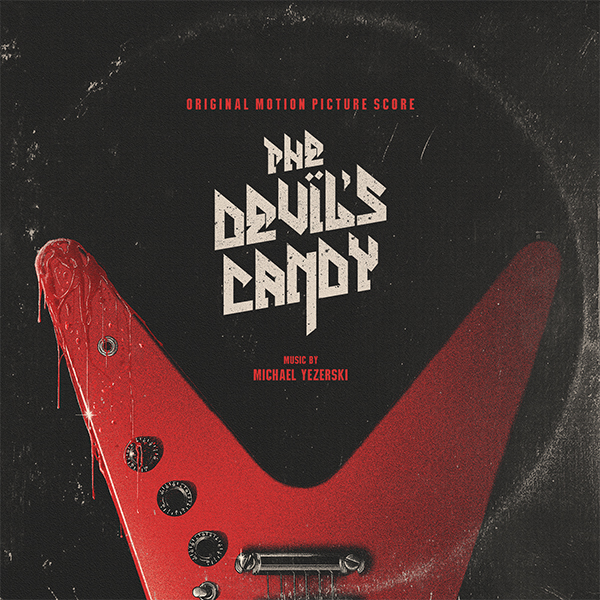 There was no mistaking Yezerski’s approach for THE DEVIL’S CANDY. “Doom. Metal. Opera,” he stated. “Sean Byrne [writer/director], Jessica Calder and Keith Calder [producers] are visionaries. We had several deep discussions so I felt that my role was clear. I needed to provide a pervasive sense of claustrophobia and ambient doom inspired by the world of black metal and noise rock. The blending of tones had to be seamless.”

In THE DEVIL'S CANDY Jesse, a struggling artist, moves with his wife and daughter into their dream house in rural Texas, the price driven down by the property’s dark past. Their lives soon begin to unravel as the demonic forces lurking in the house take hold of the young family. Jesse’s paintings take a satanic turn while the family is plagued by Ray, the deranged son of the former owners. Soon it becomes clear that Jesse and Ray are both being influenced by the same dark forces and that Jesse and his family aren’t safe from its former inhabitant or indeed from the devil himself.

“I played strings on this score. I am not a string player,” Yezerski joked.  “My wife kindly lent me her violin and I tortured the crap out of it. That should tell you something about the nature of the string writing. Let me just say that it was perfect for a horror film.”


The cue “The Swing” contains the DNA for the rest of the score.  Yezerski described, “It is a deceptively simple construction, but keep in mind that often the simplest pieces of music are the most difficult to write – I needed to figure out how to create tension, build momentum without expanding the instrumentation or the style. It took a few goes to find the answer, but when I did, that track really opened up the rest of the score.  We discovered that a sound, any sound, can often be at its most powerful when it is unobstructed by other tones. There is a certain beauty in allowing these found sounds to breathe on their own and not to over-produce the resulting score.”

Michael Yezerski has a unique voice in film music today. From the gripping and contemporary, to the subtle and emotional, his scores are highly evocative, original and diverse.  Recent film scores include Peer Pedersen’s We Don’t Belong Here and Only The Dead See The End of War, the searing documentary feature from Michael Ware and Bill Guttentag. Michael’s first feature film projects were the critically acclaimed The Black Balloon (dir. Elissa Down) and The Waiting City (dir. Claire McCarthy). He wrote both score and songs for these films. Since then, Michael has written the scores for over fourteen feature films and has been nominated four times for Australia’s highest film honor - the AACTA award for Best Original Score.

Other career highlights include the Academy Award winning animated short, The Lost Thing, Josh Lawson’s riotous The Little Death (Audience Award SXSW) and PJ Hogan’s Mental.  Several of the most acclaimed Australian television productions of the last few years feature a score by Michael Yezerski. A Place to Call Home (now entering its fifth season) is fast becoming a cult hit around the world, screening in over one hundred and fifty countries. The mini-series Peter Allen: Not The Boy Next DOOR won multiple AACTA awards and the true crime thriller Catching Milat shocked audiences. Michael works from Los Angeles and Sydney.

IFC/Snoot presents THE DEVIL'S CANDY in theaters and VOD. THE DEVIL’S CANDY - Official Motion Picture Score will be released on March 17th via Bandcamp/iTunes/Spotify and on vinyl this May on Mondotees.com and select Independent Retailers.
Jeremy [Six Strings]
Hosted by Jeremy [Retro] at 10:54 AM