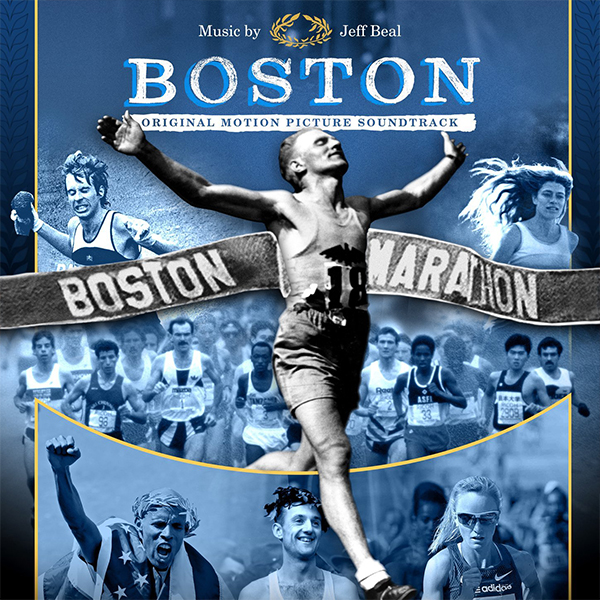 Sony Classical proudly announces the release of BOSTON: THE DOCUMENTARY (Original Motion Picture Soundtrack), featuring music by EMMY® Award Winning composer Jeff Beal (HOUSE OF CARDS, AN INCONVENIENT SEQUEL: TRUTH TO POWER) performed by musicians of The Boston Symphony Orchestra. The soundtrack will be available digitally on April 7, 2017. Through Fathom Events, BOSTON will screen on more than 500 screens nationwide on April 19, 2017 (https://www.fathomevents.com/events/boston).

BOSTON is presented by John Hancock in association with the Kennedy/Marshall Company.  Narrated by Academy-Award winner Matt Damon, it is the first ever feature-length documentary film about the world’s most legendary running race – the Boston Marathon.

The film chronicles the story of the iconic race from its humble origins starting with only 15 runners to the present day. In addition to highlighting the event as the oldest annually contested marathon in the world, the film showcases many of the most important moments in more than a century of the race’s history. Evolving from a working man’s challenge to welcoming foreign athletes and eventually women, Boston becomes the stage for many firsts and in no small part, the event that paved the way for the modern marathon and mass participatory sports.  Following the tragic events of 2013, BOSTON records the preparations and eventual running of the 118th Boston Marathon one year later when runners and community gather once again in support of one another for what will be the most meaningful race of all. The production was granted exclusive documentary rights from the Boston Athletic Association to produce the film and to use the Association’s extensive archive of video, photos and memorabilia.

“Because the Boston Marathon itself is so legendary, it was only natural to want to record the music in the point of origin,” said Beal.  “I was incredibly moved to be able to conduct the world renowned Boston Symphony Orchestra in Symphony Hall.   BOSTON is a film about history, courage, and excellence; for any composer the amount of iconic American music that has been played by this wonderful orchestra in this hall resonates perfectly with our story.  To hear these players participate in the celebration of their home town was simply electric.”

A four-time EMMY® winner, Beal’s approach is a favorite for more sophisticated works.  His TV credits include HBO’s ROME, CARNIVÀLE and the Netflix series HOUSE OF CARDS. His documentary work includes BLACKFISH, WEINER, THE QUEEN OF VERSAILLES, AN INCONVENIENT SEQUEL: TRUTH TO POWER, which premiered at Sundance and will be in theaters in July, and BOSTON an upcoming documentary about the history of the Boston Marathon.  Jeff’s upcoming film projects include SHOCK AND AWE (directed by Rob Reiner).

Recently, Jeff’s performing, conducting, and composing worlds have begun converging. In 2016 Jeff conducted The National Symphony Orchestra at the Kennedy Center in the premiere of HOUSE OF CARDS in CONCERT (represented by Columbia Artists Management), with further performances in Miami, The Netherlands, and Denmark. He also led the Hollywood Chamber Orchestra for the premiere of BLACKFISH live-to-picture. In May several of his pieces will be performed including “The Salvage Men” by The Apollo Chorus (Chicago), the Brooklyn Youth Chorus will premiere his piece “The Firebrand” at BAM, and Oregon Ballet Theatre will premiere the ballet Terra, choreographed by Helen Pickett.