SILVA SCREEN PRESENTS "THE WITNESS FOR THE PROSECUTION" 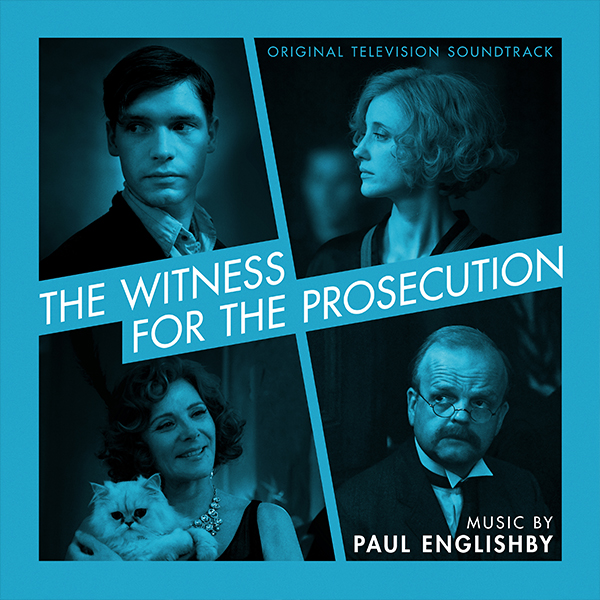 Whilst writing the adaptation, Sarah Phelp’s chose Let Me Call You Sweetheart, a well-known song reminiscent of the 1920s, to anchor the show historically in post war England. Sarah comments “I wanted a simple, famous song, one that people would dance cheek to cheek to, one that people would say ‘that’s our song’, one that we’d associate with generations of crooners.”

Paul took the clue from Sarah and used Let Me Call You Sweetheart as the basis for developing the score for the show. Paul says “I took little tiny cells from that tune, little intervals or phrases, and made a collage of stuff with it so that all the music throughout the programme relates to that song…the music gets under your skin because it’s always there, haunting Mayhew throughout the show.”

In his soundtrack Paul strived to create a distinctive sound. He succeeded in producing a musical world that complements and underlines the emotional and key plot developments. Live musicians and electronically manipulated textures bring a timeless quality to the sound. Paul explains “in one scene you hear a gramophone record playing. I’ve taken that, reversed it and slowed it down so that when you see the dead body for the first time, the record that’s been playing can be heard warped and backwards which signals to the audience that something’s wrong. This mixed with the orchestra gives the programme a unique sound, rather than sounding like a period score.”

Paul Englishby writes music for diverse media - Film, Theatre, TV, Dance and the Concert Hall. Paul is best known for his Emmy Award winning jazz inflected music to David Hare's Page Eight, his heart pounding music for BBC's The Musketeers, his beautiful orchestral score to the OSCAR Nominated An Education (screenplay by Nick Hornby), the BAFTA nominated music for the BBC's Luther series starring Idris Elba, as well as his many scores for the Royal Shakespeare Company with whom Paul is an Associate Artist. His recent scores include Decline and Fall for BBC 1, The Tempest for the RSC, the film A Royal Night Out directed by Julian Jarrold and the plays The Audience and Skylight, which were smash hits in the west end and on Broadway.