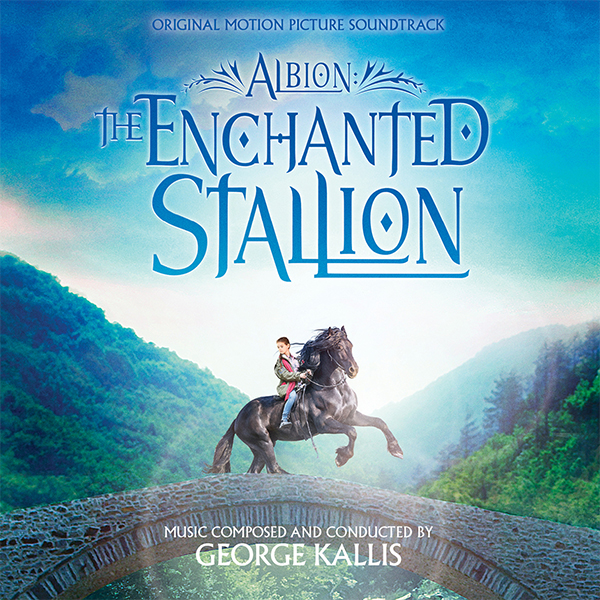 The latest collaboration between MovieScore Media and composer George Kallis (Gagarin: First in Space, 93 Days) is Albion: The Enchanted Stallion, a magical fantasy co-written and directed by Castille Landon. The film follows the adventures of a twelve-year-old girl who gets transported to the mystical world of Albion with the help of a magical black stallion. Upon arrival, she discovers that she alone is the key to saving an entire race of people. The epic fantasy score features a traditional symphonic orchestra, choir and an assortment of exotic instruments which transports its listeners to the magical kingdom of Albion - and like all great film scores of the Golden Age, it has the power to do so without the visuals.

”Director Castille Landon and producer Dori Rath wanted the soundtrack to audibly transport audiences into the ancient land of Albion, therefore my job was to encapsulate this exact idea and take listeners into a mythological journey” explains the composer. “I aimed to create a magical sonic world by use of swelling orchestral themes for our leads, sinister motifs for the villains and choral arrangements and world instrumentation to capture the Albion terrane.” The enchanted fantasy score ranges from the thundering "Riding to Albion" through the Medieval tranquility of of "The River and the Palace" to the epic, choir-heavy conclusion of "Release the Barrier" - offering en exhilarating ride as if the listener has the chance to get on the back of the black stallion.

Cyprus-born George Kallis is a film & TV composer based in Los Angeles who has studied composition at Berklee College of Music and the Royal College of Music. He has composed music for over 20 films, Emmy and BAFTA award-winning TV programs, and commercial spots for top brands and film trailers. His score for A Place in the Stars, earned the composer an African Movie Academy Award nomination for Best Music in 2015. He is best-known for his scores of Highlander:The Source, Gagarin: First in Space and 93 Days, the latter two also released by MovieScore Media.