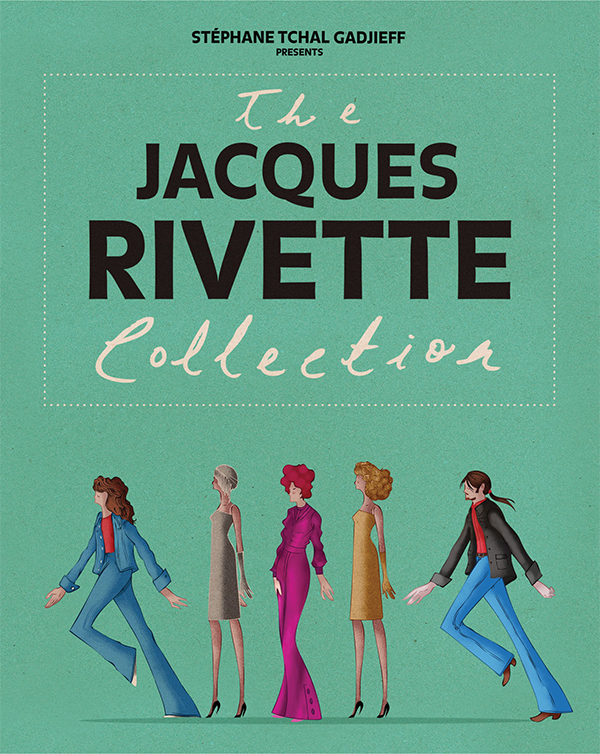 In 1975, Jacques Rivette reunited with Out 1 producer Stéphane Tchal Gadjieff with the idea of a four-film cycle. He would create a quartet of interconnected films, each in a different genre. One was to be a love story, another a Western, and there was to be a fantastical thriller and a musical comedy starring Anna Karina and Jean Marais too. Ill health intervened, and only two of the films were completed. Duelle (une quarantine) sees Rivette in fantasy territory, cross-pollinating Val Lewton, Jean Cocteau and film noir as the Queen of the Sun (Bulle Ogier) and the Queen of the Night (Juliet Berto) search for a magical diamond in present day. Its parallel film, Noroît (une vengeance), is a pirate tale - and a loose adaptation of The Revenger's Tragedy - starring Geraldine Chaplin (Nashville, Cría cuervos). A third film began production - Marie et Julien starring Albert Finney and Leslie Caron - but Rivette succumbed to nervous exhaustion and shooting was abandoned. When he did return to filmmaking, Rivette borrowed some of the elements of Duelle and Noroît and came up with Merry-Go-Round. Joe Dallesandro (Trash, Flesh for Frankenstein) and Maria Schneider (Last Tango in Paris, The Passenger) are summoned to Paris, which leads to one of the most surreal and mysterious tales in a career that was dominated by surrealism and mystery.

-High Definition Blu-ray (1080p) and Standard Definition DVD presentations of all three films from brand new 2K restorations of the films
-Original mono audio (uncompressed PCM on the Blu-rays)
-Optional newly-translated English subtitles for all films
-Scenes from a Parallel Life: Jacques Rivette Remembers – archive interview with the director, in which he discusses Duelle (une quarantaine), Noroît (une vengeance) and Merry-Go-Round
-Remembering Duelle – Bulle Ogier and Hermine Karagheuz recollect their work on the 1976 feature
-Interview with critic Jonathan Rosenbaum, who reported from the sets of both Duelle (une quarantaine) and Noroît (une vengeance)
-Exclusive perfect-bound book containing writing on the films by Mary M. Wiles, Brad Stevens and Nick Pinkerton plus a reprint of four on-set reports from Duelle (une quarantaine) and Noroît (une vengeance)
-Reversible sleeves with original and newly commissioned artwork by Ignatius Fitzpatrick